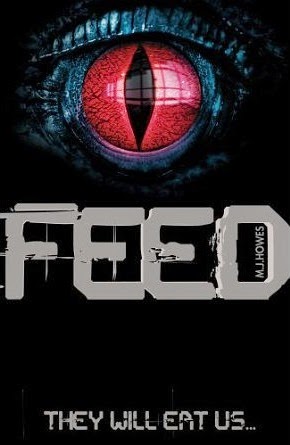 
Fourteen-year-old friends Lola and Patrick are in desperate trouble - along with everybody else. Monstrous enemy invaders have increased their human raids. Those taken face a terrible fate: like animals they will be transported, processed and eaten in a food chain like no other - unless Lola and Patrick can find a way to save them.

As soon as I heard what Feed was about, I knew I had to read it! Maybe that's slightly morbid of me since it's about man eating aliens but that's just how I roll! I love anything with aliens in to be honest so it's always an instant pull for me when a book has them in but this one also sounded fun and I was interested to see how people cope when they find they're no longer top of the food chain. Personally I thought the author handled the storyline brilliantly, its for younger readers so there isn't much gore, not that I don't love gore! But anyone with a weak stomach should be able to read it and you don't have to worry about your kids having nightmares.
But beyond the story, it also makes you think. Lola is pretty indignant when she finds herself in a cage and discovers everyone is separated by age and size, how the aliens fatten people up before eating them, but isn't that exactly what we do to animals? Fatten up chickens for juicy breast meat and eat younger animals because their meat is more tender than an adult. So why does it seem such a shock when it happens to humans? When a far more intelligent species decides we're the tastiest thing on planet Earth why are we so horrified? We can argue that its because we're sentient beings, we're smart right? But compared to the Arlatans' intellect we're about as stupid to them as a cow is to us.
All these and more are things that came to mind when I was reading this book and while those points aren't at the forefront of the story, they're things that go by Lola's mind too but I was glad she didn't give up like some others and was constantly fighting back, trying to find her friends and trying to escape, these things made her an admirable character and I liked her a lot, she showed why humans are different, because we fight back, we're resilient as a race because we have that survival instinct.
It really was a great book, with a well written story, characters you wish were your friends and the ability to really make you think. 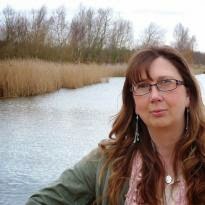