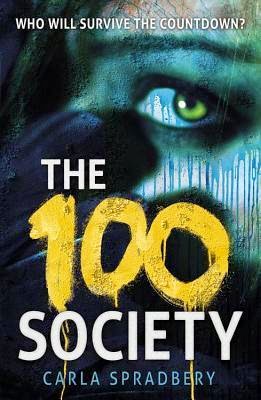 
For sixth-form student Grace Becker, The 100 Society is more than just a game; it's an obsession.
Having convinced her five friends at Clifton Academy to see it through to the end, Grace will stop at nothing to carry out the rules of the game: tagging 100 locations around the city. With each step closer to the 100-mark they get, the higher the stakes become. But when the group catches the attention of a menacing stalker - the Reaper - he seems intent on exposing their illegal game, tormenting Grace with anonymous threats and branding their dormitory doors with his ominous tag.
As the once tight-knit group slowly unravels, torn apart by doubt and the death of a student, they no longer know who to trust.
With time running out, Grace must unmask the Reaper before he destroys everything she cares about for ever...

The 100 society was is a difficult one to review for me because I both liked it and didn't. There's a good bit of mystery and some exciting twists but there also parts that didn't make any sense. Like the whole fact of the 100 society for instance, I mean I know its a secret society so there should be some mystery to it but we aren't given any clues as to who they are, how they work or what it means to join.
And it doesn't make sense how you join, okay tagging 100 locations is simple enough but since Grace and her friends keep it secret and try to keep it out of the media, how are the society supposed to know its her and how come she's never approached by anyone? And I can't see why she's so determined to join anyway, her only reason is that they can get her into a good college, no promise of riches, future job security or even a prominent place in society, just something she could do herself by working hard in school instead of risking her life on graffiti.
To me it just didn't make enough sense but I enjoyed the rest. Trying to figure out who the bad guy was and wondering what they might do next helped save this book but some of the timing was off, without giving too much away, at the end Grace leaves someone behind locked in a room, yet when she races off somewhere, they're there before her and there were other times when people managed to get somewhere or do something quicker than the time that seems to pass, it took away part of the believability of the story as a whole.
However I did make it to the final page so that says something about the book too because if it had been terrible I wouldn't have made if far through before giving up and reading something else.
So I'd say read it if your looking for a quick mystery where you don't have to think too much or if the finer details are not something that bother you. 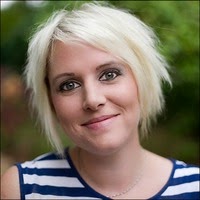