I was here - Review 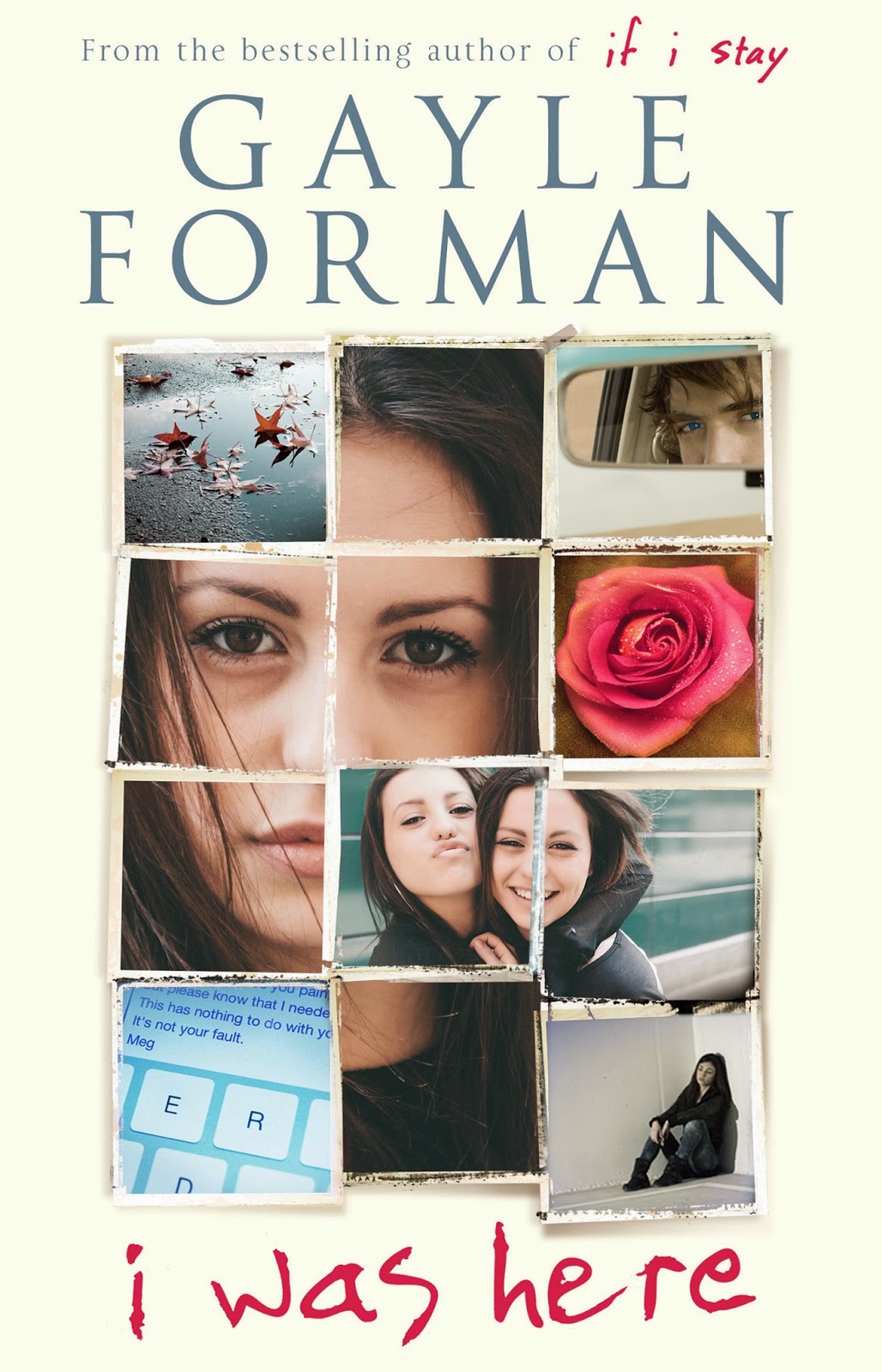 I was here by Gayle Forman
Available 29th Jan 2014
simonandschuster.co.uk

What's it about?
When her best friend Meg drinks a bottle of industrial-strength cleaner alone in a motel room, Cody is understandably shocked and devastated. She and Meg shared everything - so how was there no warning?
But when Cody travels to Meg’s college town to pack up the belongings left behind, she discovers that there’s a lot that Meg never told her. About her old roommates, the sort of people Cody never would have met in her dead-end small town in Washington.
About Ben McAllister, the boy with a guitar and a sneer, who broke Meg’s heart. And about an encrypted computer file that Cody can’t open - until she does, and suddenly everything Cody thought she knew about her best friend’s death gets thrown into question.

I was here is a sometimes sad but overall heartening story. While it explores the delicate subject of suicide, its just as much about Cody's journey in discovering just who she is and finding love in a very unexpected place.
As Cody follows the trail to find out just what was going on with her best friend in the time leading up to her suicide she feels a range of emotions which are bought forth really well in Forman's wonderful writing.
She's understandably shocked to find out just how Meg was feeling and the things she never told her that she ends up forced to question her own feelings towards life and even thinks about suicide in ways she never imagined she would have before her best friend did it.
Cody also feels a lot of confusion as she tries to match up her memories of Meg to the person she is hearing about from people she's never met before and even from people she's known a long time. It's definitely a hard time for Cody as she blames herself, blames others for what happened until coming to an eventual acceptance and some kind of closure.
Not only is this a wonderful story, it feels truthful and would be thought provoking to anyone who knows little about suicide not to mention creating a little awareness to the dark side of the internet.
Just like previous novels from Gayle Forman, I was here did not disappoint me and I don't think it will disappoint other fans of her books.

Email ThisBlogThis!Share to TwitterShare to FacebookShare to Pinterest
Tags: gayle forman, i was here, review