Check out the gorgeous new cover for The rainbow maker's tale!
Here's the details of the first book if you've not heard about the series.

﻿
Hope's daughter by Melanie Cusick-Jones
For the small population of Earth survivors who live on the Space Station Hope everything they do is planned and scheduled, down to the cyclical food menus, their roles in the station, even how many children they have.
Despite rigid controls directing her life, Cassie feels more out of synch than ever and worries she won’t find a place for herself within the station community. Perhaps that’s because she’s hearing things inside her head that can’t possibly be real. Or maybe it’s the regular elopements of her peers, heading off to a romantic future in the Married Quarter of the space station, whilst she’s never even been attracted to a boy – no matter how hard her best friend Ami pushes them at her. Then there are the odd questions her work placement partner Balik keeps raising. His questions are just as troubling for her as his distracting smiles and eyes that seem to see inside her.
As Cassie draws closer to Balik she finds that everything else in her life begins to shift. He tells her things that call into question the system they live within. She can't believe he is right, but at the same time she finds it hard to deny the sincerity of his ideas. Could there be a connection between Cassie’s problems and Balik’s questions? The truth will drag them both to a terrifying and deadly conclusion beyond anything they could have imagined. 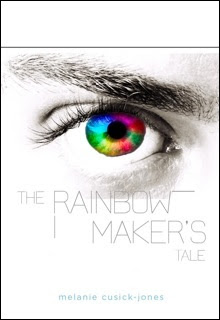 The rainbow maker's tale
Due for release in summer 2012. Book 2 in The Ambrosia Sequence.
Outwardly, Balik is an obedient member of society on Space Station Hope...he follows The Council's systems, excels at school and seems happy to follow in his parents footsteps...
But Balik's real life is filled with secrets he can share with no one. As he follows his suspicions about the space station into ever more dangerous territory it seems like his whole world will unravel around him...but he doesn't understand everything...things are wrong, he is sure of that - but why exactly, he doesn't know.
When Cassie unexpectedly comes into his life, Balik struggles to find his balance. For years he's investigated the oddities of the world he lives in, but Cassie makes him question things in a different way... Can he believe in this girl who seems so much a part of the system he distrusts? Would she put a stop to his plans to break out if she knew what he was really up to? Balik can't be sure of anything - except the fact that he can't leave her alone.

The Rainbow Maker's Tale is the partner book to Hope's Daughter - telling the story from Balik's point of view - and so the cover reflects the artwork from there. Anyone who has read Hope's Daughter will know where the 'rainbow' idea comes from; it's only a little aside in the book, but for me it says a lot about the person Balik is and where his relationship with Cassie begins. The Rainbow Maker's Tale is due for release in Summer 2012.