Power of the Ninja: Fire - Review 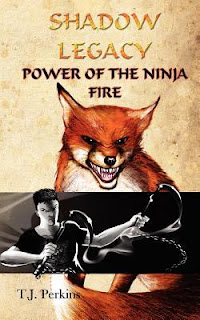 
Choices. All Shinobi will have to come to terms with death and for Duncan, his time to figure it all out comes entirely too early in his young life. Shinobi turn against each other, friends turn against friends, and death has a new meaning.
The enemy has realized Duncan's inner power and they want to extract it for their own uses. Even a legendary assassin has been set on his trail, bent on the ultimate battle and final glory.
Even when captured, tortured, and on the verge of death, with the Shadow Master on his trail, Duncan still has choices and the one he makes sets him on a path that will determine the fate of the world.

Power of the Ninja; Fire was another action packed book from T.J. Perkins, it has a lot of mystery to it and I enjoyed it as much as I have enjoyed her other books.
I really like how she's bought Ninja into YA and kind of meshed them into a genre of its own, it makes the book stand out and something new and different and her writing is great.
I still like Duncan and how his character is developing is very interesting, he's a very curious boy which sometimes, okay most of the time, leads him into trouble, but those lead to the best scenes in the book and are usually the times Duncan discovers the most about himself.
There's also a touch of the fantasy to these books, which gives them an extra angle and makes them less predictive, I couldn't guess what would happen from one moment to the next and have no clue what's in store for Duncan and his friends in the next instalments. 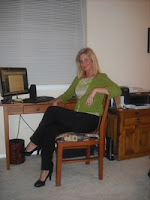