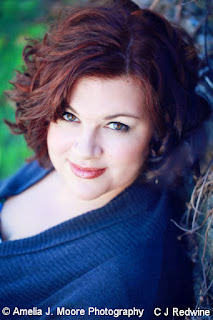 The inspiration for Defiance.
By C.J. Redwine.

Defiance was the product of two very separate ideas suddenly colliding. For years, I'd had the idea of a Leviathon-like creature who lived underground instead of in the sea. I didn't have a world, a conflict, or a plot to go with the creature, so it just sat in the back of my mind and waited.

One day, I was searching for something on the internet, and I saw a picture of a fortress that reminded me of a city-state. I've always been very interested in medieval times, and I was immediately intrigued by the idea of writing a story where my characters once again lived in city-states.

Of course, to put my characters in city-states, I needed a plausible reason why. I began asking myself "What if people lived in city-states again? Why would they do that? What could destroy the infrastructure of our society so thoroughly that city-states are all that is left?" The sleeping idea of the Leviathon-like creature woke up with a vengeance, collided with the city-state idea, and the world of Defiance was born. 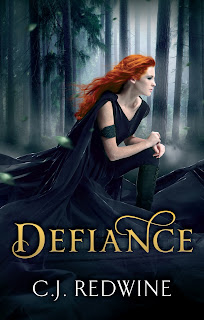 Defiance by C.J. Redwine
Published as a paperback original by Atom on the 6th September 2012, £6.99.

Rachel’s world is confined to the protective walls around her city. Beyond them are violent wanderers, extreme terrain, and a danger straight out of legend: a beast called the Cursed One that devastates everything in its path.

When Rachel’s father goes missing, she is desperate to search for him. But her attempts to flee the city bring her to the attention of its overbearing ruler. His efforts to control her make the world within the walls seem as dangerous as that outside.

Her only chance at escape is Logan. Once her father’s apprentice, and now her only protector, he feels that helping her might mean losing her completely. But if he can put his feelings aside, they might be able to save more than Rachel’s father. They might be able to break down the walls, and set their people free.
Posted by Tipsy Misty at 11:24 am