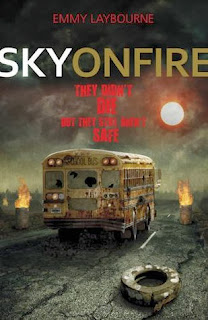 
Trapped in a superstore by a series of escalating disasters, including a monster hailstorm and terrifying chemical weapons spill, brothers Dean and Alex learned how to survive and worked together with twelve other kids to build a refuge from the chaos. But then strangers appeared, destroying their fragile peace, and bringing both fresh disaster and a glimmer of hope.
Knowing that the chemical weapons saturating the air outside will turn him into a bloodthirsty rage monster, Dean decides to stay in the safety of the store with Astrid and some of the younger kids. But their sanctuary has already been breached once. . . .
Meanwhile, Alex, determined to find their parents, heads out into the darkness and devastation with Niko and some others in a recently repaired school bus. If they can get to Denver International Airport, they might be evacuated to safety. But the outside world is even worse than they expected. . .

(Spoilers from book one are in this review.)
After such a great start to this series with Monument 14 I was expecting the same high quality with Sky on fire and I'm glad to say that's exactly what I received.
Sky on fire is another thrill ride from Emmy Laybourne. Told again from Dean, who's stuck in the Greenway, we also have the added voice of his brother Alex who left on the bus at the end of Monument 14, which adds a whole new dimension to the books. We now get to see two stories unfolding simultaneously and have the voices of two very different characters in our heads. I thought this added a great extra layer and continues the series nicely and I hope the same structure will be kept for book three.
The things I liked about Dean in book one are still there, he's not the perfect hero, in fact sometimes he's not a hero at all, he has bad thoughts and he doesn't always do the right thing because he's scared. This made him a more realistic person to me because sometimes it's hard to be selfless and we do think of ourselves first, even if we won't admit it out loud. And I liked Alex too, he's younger but very clever and they are two very different characters in their own right.
The story had me hooked all the way through and I've found myself very invested in all of these characters and I care a lot about what happens to all of them so right now I'm just praying none of them get killed off in the last book! Lol.. 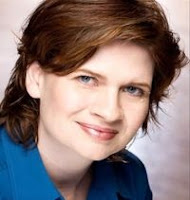