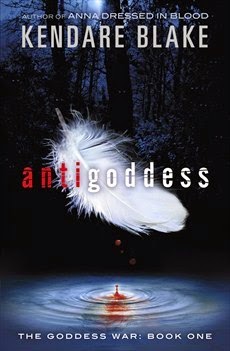 What's it about?
He was Apollo, the sun, and he'd burn down anything that tried to hurt her... Cassandra and Aidan are just your average high-school couple. Or so Cassandra believes. Blissfully unaware that she was once a powerful prophetess, Cassandra doesn't even know thats god exist... Until now.
Because the gods are dying - and Cassandra could hold the answer to their survival. But Aidan has a secret of his own. He is really Apollo, god of the sun, and he will do anything to protect the girl he loves from the danger that's coming for her. Even if it means war against his immortal family...
Sexy, irresistible characters; romantic and mythological intrigue; relentless action and suspense - ANTIGODDESS is the YA novel you've been waiting for.

While my review for Antigoddess is positive it does come with a but. The book is well written, exciting, with interesting characters (Athena kicked butt.) BUT I was so disappointed by the end when nothing about the main plot gets explained.
The Gods are dying but they don't know why, they''re all fighting each other to stay alive but how do they know that will work when they don't know what's happening and how do they know if they're on the 'right' side. No effort is put in to finding a reason why, which I found incredibly frustrating.
Other than this though, the rest of the book was really good, there's a lot of action and plenty of references to Greek mythology stories, though it mainly focuses on the battle of Troy there are subtle references to other tales and each characters origin. As a lover of Greek mythology I was happy to see how well researched that side of the book had been and it was woven in well to the main story.
The book follows two perspectives in alternate chapters, firstly Athena and Hermes in a quest to find Cassandra and then Cassandra herself and her friends. I much preferred the chapters with Athena and Hermes over Cassandra, they had more action to them and I just preferred the characters, they were more complex and interesting. Cassandra and co just didn't have the same spark for me and I found myself rooting for Athena even though she does some questionable things.
The writing was pretty spot on too, I immediately felt engaged in the story and characters and was wrapped up in the world fairly quickly and despite feeling disappointed by the end that I had raced to get to, I know I'll be reading book two looking for more of the same and hoping for some answers. 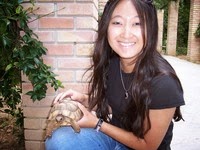