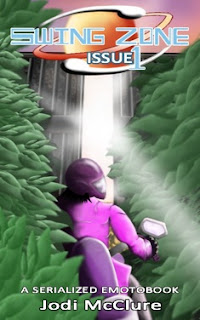 What's it about?
In the year 2229, cash starved prospector Mia Blancharde uncovers a valuable relic while digging in the Swing Zone, a wild, forested area between two contemptuous futuristic cities.
Mia’s archeological find forces her to challenge the status quo, which places her in the middle of a larger conflict. On one side is her brother, Colonel Zavier Blancharde in her home city of Freedale, the seat of militaristic power and technology. On the other side, Coltis Lawson is an attractive archeology enthusiast in the rural community of Lakeside. His almost magical abilities confuse Mia's loyalties, as she finds herself unwittingly falling for a man who embodies a principled, but duplicitous nature.
A delicate accord between the two cities has ensured a peaceful coexistence, but tensions rise as renegade activists from Lakeside challenge the powers of Freedale. Impassioned blows of battle always appear on the horizon, which threaten to crush all hopes of a maintained peace.
Torn between the powers of love, her family, and her city, Mia must uncover the truth and avoid getting trapped on the wrong side of a perilous line.


Sorry about the focusing issues in the video, not sure what happened there :/

Issue one of Swing zone is a promising start to the series. My first impressions of Mia is that she's a nice, caring girl but with an edgy side too - She rides a motorcycle and digs out in the dangerous swing zone. I'm looking forward to seeing how she develops in future issues and also her relationship with the mysterious man she meets in the forest.
Issue one does a great job of world building and informing the reader how the world has gotten to how it is today and sets the scene for the rest of the series, it pulled me into wanted to know more and see what's going to happen next between the two cities. 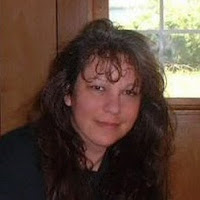