Across the universe trilogy - Review

Across the universe, A million suns and Shades of earth by Beth Revis.
Available now.


A love out of time. A spaceship built of secrets and murder.
Seventeen-year-old Amy joins her parents as frozen cargo aboard the vast spaceship Godspeed and expects to awaken on a new planet, three hundred years in the future. Never could she have known that her frozen slumber would come to an end fifty years too soon and that she would be thrust into the brave new world of a spaceship that lives by its own rules.
Amy quickly realizes that her awakening was no mere computer malfunction. Someone-one of the few thousand inhabitants of the spaceship-tried to kill her. And if Amy doesn't do something soon, her parents will be next.
Now Amy must race to unlock Godspeed's hidden secrets. But out of her list of murder suspects, there's only one who matters: Elder, the future leader of the ship and the love she could never have seen coming.

Across the universe was an absolutely brilliant and imaginative series! Each book surpassed the next and had me hooked all the way through.
The first book follows both Amy and Elder's perspectives when she is awoken early from being cryogenically frozen, they end up coming together and discovering the mysteries of things that are going on on the ship, it was a completely unique novel, not like anything I have read before. The author really came up with an imaginative plot and setting that kept me guessing all the way through all three books, she had a wonderful way of keeping hold of the mystery while revealing little bits along the way so I didn't get bored of waiting to find out everything that was going on. I was totally on the edge of my seat throughout and found each book to be better than the last.
I don't want to say too much about books two and three because I don't want to spoil anything but I will say they are equally as compelling and gripping as the first and will keep you hanging onto every word.
There is a lot of character growth over the books for our two leads and I enjoyed watching them becoming stronger and coming together, it was a great match, I also loved that the author had done her research to make the things involved with the space craft believable so that the whole book felt feasible.
I really enjoyed it a lot and can't wait to check out Beth's new series when it comes out.

My thoughts on the cover
I know the first two aren't the covers that are out now but they're the ones I have and I like them, though I do like the new ones too, I love the stars and the couple looking out at them on the cover for A million suns. The foliage on the last cover is cool too and I do think it suits the book. They're all great covers.

Favourite quotes
'It's her hair that pulls me forward. It's so red. I've never seen red hair before, not outside of pictures, and the pictures never caught the vivacity of those burnished strands tangled in the ice.'


'Her kiss is soft and gentle, barely pressing against my bruised lips. There is sweetness in it, and innocence, and a promise.'


'"You came back to me," I say, my voice breaking over unshed tears of joy.
"I'll always come back to you," he tells me, pulling me close.' 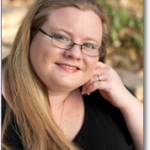 Email ThisBlogThis!Share to TwitterShare to FacebookShare to Pinterest
Tags: a million suns, across the universe, Beth revis, review, shades of earth