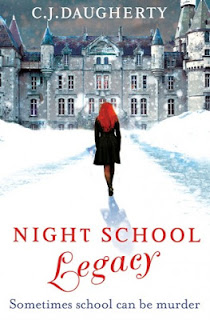 
In the last year, Allie's survived three arrests, two breakups and one family breakdown. The only bright point has been her new life at Cimmeria Academy. It's the one place she's felt she belongs. And the fact that it's brought the dreamy Carter West into her life hasn't hurt...But far from being a safe haven, the cloistered walls of Cimmeria are proving more dangerous than Allie could've imagined. The students, and faculty, are under threat and Allie's family - from her mysterious grandma to her runaway brother - are at the centre of the storm. Allie is going to have to choose between protecting her family and trusting her friends. But secrets have a way of ripping even the strongest relationships apart...

Other books in the series
Night school - Book one
My review

After not loving book one I still proceeded onto this because I found the story interesting enough to continue and well, I had a copy for review. To be completely honest, I liked Legacy even less, I didn't really feel like the main storyline progressed at all, Allie barely learns anything new due the bs excuse of 'you're not ready to know yet,' I hate when authors use that one because they can't think of a better reason to keep their secrets secret, so they can try to shock us later with the big reveal, honestly it just feels like a cop out. There were a few little reveals but they weren't shocking because I was too frustrated about what we weren't being told and Allie was more bothered about her little love triangle anyway. Yes, the second book love triangle strikes again, Legacy was way more about Allie flitting between Carter and Sylvain and trying to decide on her feelings for them so much that she barely noticed when she was in danger. Oh and of course, the two most unattainable guys in school just happen to have fallen for her.
And the other thing that annoyed me is that we still haven't met the elusive bad guy Nathanial, he showed up in one scene towards the end of Night school and hasn't been back since, so I have no handle on him or his motives, I only know him from the the point of view of the handful of people that know him through what they have told to Allie, which isn't a fat lot, so I have no connection there.
Basically, Legacy was for me, too much relationship development and not enough story development, its all moving way too slowly and there wasn't enough action, except for the obligatory scene at the end to help close up the book.
I honestly don't know if I'll carry on with this series but all signs point to not likely.

My thoughts on the cover
I really like the front view of the school on this cover, in fact I kinda of wish Allie wasn't on it so the whole scene would be focused on the building lol I like the snow too and the tagline.

Favourite quotes
''I just... care about you, Allie Sheridan,' he whispered, looking at her lips. 'A lot.''

'Heat radiated from his body as if he had a fever; Allie wasn't cold anymore. She wasn't alone anymore.' 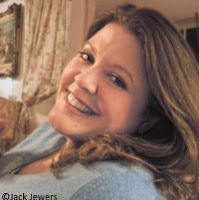