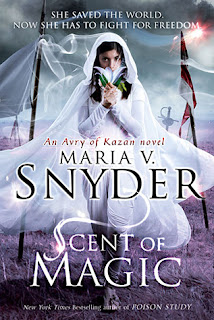 
As the last Healer in the Fifteen Realms, Avry of Kazan is in a unique position: in the minds of her friends and foes alike, she no longer exists. Despite her need to prevent the megalomanical King Tohon from winning control of the Realms, Avry is also determined to find her sister and repair their estrangement. And she must do it alone, as Kerrick, her partner and sole confident, returns to Alga to summon his country into battle.
Though she should be in hiding, Avry will do whatever she can to support Tohon’s opponents. Including infiltrating a holy army, evading magic sniffers, teaching forest skills to soldiers and figuring out how to stop Tohon’s most horrible creations yet; an army of the walking dead—human and animal alike and nearly impossible to defeat.
War is coming and Avry is alone. Unless she figures out how to do the impossible ... again.

This review is a really hard one to write for me. Maria is my favourite author, I've never been disappointed by her books. Recently I guess I've been going through a bit of a reading slump, I've read a fair few books that weren't brilliant and its left me kind of exhausted, so I picked this up hoping my favourite author would bring me out of it and I could believe again that there are great books out there, but after taking eight days to read it because I just couldn't get into it I have to start wondering if its just me?
I mean so much happens in this book and the story progresses on at a good pace and with Maria's great writing, I should have been lost in this world but I just wasn't, I didn't like the dual point of views she's added, the short chapters and the mini cliffhangers at the end of each one and often times when I came back to one of the two characters, we'd done a little time jump to a week or two or more ahead, it made it difficult to get settled into the book.
Another problem, though it was completely my own fault, was that so much happened in book one which I had read thirteen months before, that I couldn't remember it all, I should have gone back for a re-read or skimmed it at least to refresh my memory because I spent so much of the start trying to figure out who people were and where we'd left off that I wasn't paying the book my full attention.
Like I said, the book goes at a great pace, it never stops, we're figuring out the mystery of the Lily's, Avry is becoming stronger as a character and the plot was great, when I reflect I know that a lot happened, there was plenty of action and no dull moments.
In theory this book should have been brilliant, yet somehow, at least for me, it wasn't.

My thoughts on the cover
I love it, I love the covers, the strong model taking up most of the scene and of course how it matches the first. I really like the battleground in the background and the lily she is holding.

Favourite quotes
'He caught me staring and smiled. It transformed his face from unreadable to... happy. which still surprised me. I had been used to him gazing at me with annoyance, anger or exasperation, and these pleasant looks threw me.'

'I turned and kissed him. His surprise didn't last. Wrapping his arms around me, he pulled me against him as he deepened the kiss.
Fire raced through me, igniting all my senses.
He broke off the kiss and smiled. " feeling better?"
"Oh, yes." I pushed him toward my bedroll. "You're not sleeping tonight."' 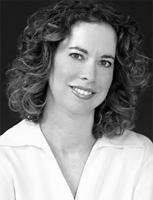