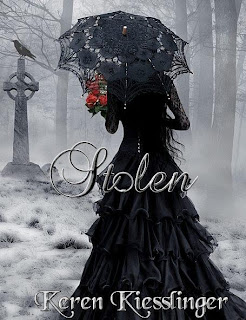 Roshanna O'Dare had the perfect life. Everything was as it should be until the day she wakes to finds her parents murdered in their own home. Roshanna doesn't have any other family in Cypress Hill so she has to leave her best friend Marissa behind to move in with her last living relative, Uncle Joe, who lives in Texas, Austin. It’s where she meets Bodhi, her uncle’s chauffeur and a kind loving man who understands her and helps her through her parents deaths. Before moving away, Roshanna is confronted with a shocking secret that Marissa has kept from her—a secret that changes how Shanna sees life and the people in it. A secret about Roshanna’s parent that makes her take a journey to free them from the fate they’re in. Will she succeed? And will she find love along the way?

“Bodhi, what we have is special to me. We have a sort of connection that for the life of me I cannot explain. I’ve told you before how your touch feels like a sort of gravity. As for your kisses, they give me butterflies in my tummy like you wouldn’t believe. When we’re alone together, I don’t think about anything except for us. I… care about you.” I faltered those last 3 words. It had come to feel like more than just caring about him, but I wasn’t willing to admit that yet.

“Wow. You really do care about me? I had hoped you did and what we had wasn’t just a bit of fun while you were figuring out where your head was at. I feel the same, you know?! When you kiss me, it sends shivers down my spine and when you touch me, it’s electric. I feel alive. Not just living but truly alive.” he confessed.

I looked at him and saw the smile on his face as he spoke. We had time to figure out exactly what we had, but for now, I knew he cared for me as much as I cared for him. That thought made me smile inside and out.

We got home and as we stepped out of the car, Bodhi took my hand and led me to the pergoda where we lay on the floor with the blanket underneath us. We lay encircled in each other’s arms and Bodhi kept trailing light kisses from my lips, to my jaw, to my arm.

As he came back up to my lips, I kissed him with such fervour. He drew me closer to him and the kiss deepened into something I had never felt before.

I couldn’t admit it to Bodhi but if I was falling in love with him, if this was what love felt like, I was happy to be feeling something so special for such a great guy. Not only was he hot as all Hell to look at, he was an amazing person underneath the surface too. If this really was love, then so be it. 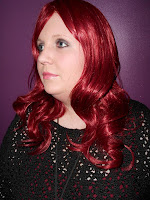 Over the years she has come to realise that she is a bit OCD about books. They have to be in perfect condition without the slightest bit of damage.

She is a book reviewer and has been for the past 18 months or so.

The idea for Stolen came to her one day but she never thought she’d actually write it let alone publish it. If it wasn’t for her author friend Kira Saito, the idea would still be stuck in her head not on paper. But constant love and support from Kira is why you are now able to read Stolen.

Stolen is her first novel but now that she’s written one, she knows she needs to write more. There will be one sequel, called Freed which will be from Bodhi’s POV. This will be set a couple of years on.

Then, the plan is for her to write either NA or Adult Contemporary Romances. She has a big crush on Lady Antebellum’s music at the moment and their songs have inspired a few book ideas.


Keren loves hearing from her readers and if you want to contact her, you can do so at any of the following places: