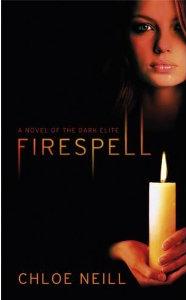 What's it about?
As the new girl at the elite St. Sophia's boarding school, Lily Parker thinks her classmates are the most monstrous things she'll have to face. When Lily's guardians decided to send her away to a fancy boarding school in Chicago, she was shocked. So was St. Sophia's. Lily's ultra-rich brat pack classmates think Lily should be the punchline to every joke, and on top of that, she's hearing strange noises and seeing bizarre things in the shadows of the creepy building. The only thing keeping her sane is her roommate, Scout, but even Scout's a little weird - she keeps disappearing late at night and won't tell Lily where she's been. But when a prank leaves Lily trapped in the catacombs beneath the school, Lily finds Scout running from a real monster. Scout's a member of a splinter group of rebel teens with unique magical talents, who've sworn to protect the city against demons, vampires, and Reapers, magic users who've been corrupted by their power. And when Lily finds herself in the line of a firespell, Scout tells her the truth about her secret life, even though Lily has no powers of her own - at least, none that she's discovered yet . . .

My review:
4/5
Well I'll start by saying that I liked this book, the story was great and flowed easy, but there were some parts that seemed 'to easy' for our lead character, such as the fact that her new bff doesn't seem to try very hard at all to hide the fact that she has a big secret even though it's pretty important, and later on when lily needs help from some reluctant people she doesn't have to do much to convince them, maybe it's a bit picky but I was expecting some kind of 'big speech' that would also set her up as our brave hero.
Never the less I liked lily Parker a lot, perhaps because she reminded me of myself a lot, she's overly sarcastic, loyal and has wicked awesome dress sense! And her new friend scout is also pretty kick-ass to, I also liked love interest Jason a lot to.
Overall I think the book was well written with enjoyable characters and I look forward to the next instalment hexbound
To see more of Chloe Neill visit her website: http://www.chloeneill.com/
Buy the book here (UK)
Posted by Tipsy Misty at 11:21 am