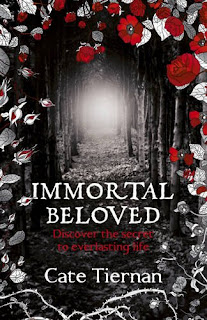 Available now.
http://www.hodder.co.uk/
What's it about?
Nastasya has spent the last century living as a spoiled, drugged-out party girl. She feels nothing and cares for no one. But when she witnesses her best friend, a Dark Immortal, torture a human, she realizes something's got to change. She seeks refuge at a rehab for wayward immortals, where she meets the gorgeous, undeniably sexy Reyn, who seems inexplicably linked to her past.
Nastasya finally begins to deal with life, and even feels safe--until the night she learns that someone wants her dead.
My review

Whilst I did enjoy this book and found the back story and history really interesting, I have to say I didn't find it very exciting, it felt more like the set-up for book two (which I'm starting once this review is written!) which I hope will be a bit more fast paced.
I did like Nastasya, though I found her pretty immature at times for a 500 year old woman! As we go through the book we learn about the terrible things she's been through and has been working to block out for a long time﻿ and I felt for her more as the story went along, and really feel I'd gotten to know her by the end.
There are a lot of characters to meet in this book though some get more 'face time' than others, I didn't find I disliked any of the characters but there weren't any I'd call my favourite either. I think what I'm trying to say is, this was a pretty avergae book for me, I didn't love it but I didn't hate it either, I'm intrigued to read the next one to find out what happens next and hopefully get some answers to the questions I was left with and the action I think it coming.
My thoughts on the cover
This is a gorgeous cover! It has a dark and eerie forest in the middle, surrounding by gorgeous colourful flower and vine drawings that stand out a mile, the black of the book is also soft to the touch giving it an extra depth, it really sits pretty on my shelf. 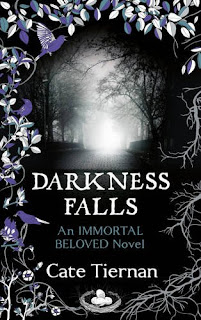 What's it about?
Nastasya has lived for hundreds of years, but for some reason, life never seems to get any better. She left her spoiled, rich girl life to find peace at River's Edge, a safe haven for wayward immortals. There, she learned to embrace River's Edge, despite some drama involving the sexy Reyn, who she wants but won't allow herself to have. But just as she's getting comfortable, her family's ties to dark magick force her to leave.

She falls back into her old, hard partying ways, but will her decision lead her into the hands of a dark immortal? Or will it be her first step to embracing the darkness within her?

(2.5)
﻿Unfortunately this book just wasn't for me, I found it to be even slower than the first one and it took me a long time to finish because I just wasn't hooked in and kept putting it down. I loved the use of history and lots of research has obviously gone into it but the story itself I wasn't excited by.
In this addition to the series we see Nas get led astray again by the 'dark' except it doesn't happen until past halfway into the book and even then she doesn't really go as 'dark' as I was expecting from the description. I also found her inner monologue to be quite repetative which got a little annoying at times. I also felt not enough time was spent on the romance side of the book between Nas and Reyn, I struggled to feel her attraction to him because they don't actually really talk much, there's obviously bigger forces at work that have bought the two together but mostly all Nas thinks about is how she hates him but thinks he's gorgeous at the same time and she can't deny the attraction yet she never questions it, never tries to find out what's behind it all. Personally I won't be trying the next book in the series but I would be happy to try more books by the author as I think it's just this particular storyline I don't like and the main character annoys me a bit, but the writing itself is great.
My thoughts on the cover
I like this one even more than the first cover mostly because I'm more partial to blue than red lol I'm not sure what the birds and the nest are all about but they're really cool.