The game changer by Marie Landry

Melody Cartwright has never had a problem with change, but for the first time in her life the changes are beyond her control—she suddenly has a niece she never knew, but has to prove herself to; her best friend is making huge life changes of her own; and she has to deal with her ex and his crazy new girlfriend who has stalker tendencies.

When Melody meets confident, sexy Julian, she’s not interested in a relationship. He tells her it’s possible for a man and a woman to just be friends, and despite his ultra-charming ways there’s something about him that makes Melody believe he could be right.

During a time of change and turmoil, it doesn’t take long for Julian to become everything Melody never knew she needed in her life. But is it possible for them to remain ‘just friends’ or will Melody be a game changer for Julian the playboy? 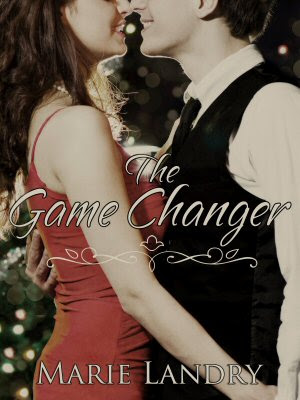 Here is the cover for Marie Landrys new novel The game changer, due out in November 2012.
What do you think? Personally I love it!
Maries debut novel, Blue sky days was released at the start of the year and you can check out my 5* review HERE. 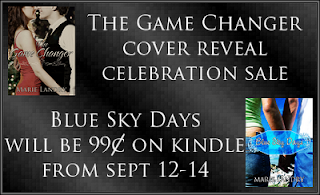