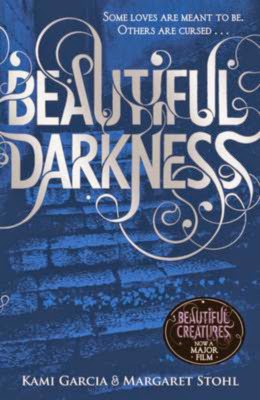 What's it about?One night in the rain, Ethan Wate opened his eyes and fell in love with Lena Duchannes. His life would never be the same.
Lena is a Caster and her family is locked in a supernatural civil war: full of darkness and demons. On her sixteenth birthday Lena made a terrifying choice, which now haunts her day and night.
And as her seventeenth birthday approaches Lena and Ethan face even greater danger. A Caster and a Mortal can never truly be together.
Every kiss is a curse.
Ethan's next heartbeat could be his last.
It is their curse now . . .

Having read all four books in this brilliant series I can honestly say that in my opinion Beautiful darkness was the weakest in the quartet for me. Although I did still enjoy it, I found it to be a slower pace and the first 100 pages had a really sombre tone to them. That being said I was still glad I made it through the book, it gets more interesting as Ethan sets out on his quest and discovers more about Lena's world and even things he never knew about his own world and the people he knows. By the time I turned the last pages I was dying to get my hands on book three to see what was next in store for Ethan and Lena and if they'd get a happy ever after. Despite any feelings I may have had about the book being slow, it's still important to the story as a whole and isn't just a bridge book that can be missed. 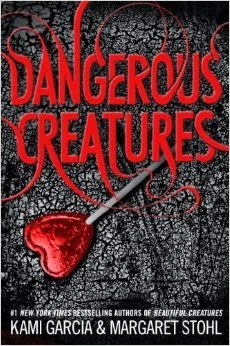 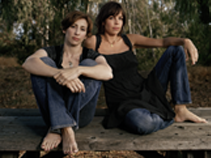