Take back the skies - Review 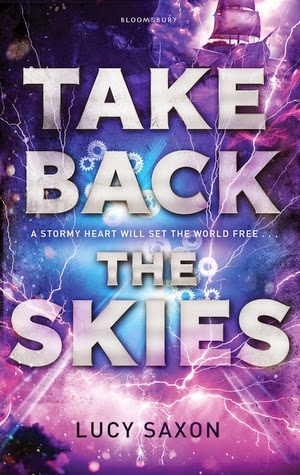 What's it about?
Catherine Hunter is the daughter of a senior government official on the island of Anglya. She’s one of the privileged – she has luxurious clothes, plenty to eat, and is protected from the Collections which have ravaged families throughout the land. But Catherine longs to escape the confines of her life, before her dad can marry her off to a government brat and trap her forever.
So Catherine becomes Cat, pretends to be a kid escaping the Collections, and stows away on the skyship Stormdancer. As they leave Anglya behind and brave the storms that fill the skies around the islands of Tellus, Cat’s world becomes more turbulent than she could ever have imagined, and dangerous secrets unravel her old life once and for all . . .

I was so excited to read Take back the skies so its extra saddening that I was disappointed by this book. It really was the story that saved it for me, had the book gone through a couple more rounds of edits to better polish up the writing, it could have been a brilliant novel. But unfortunately it came off glaringly obvious that this was someone's first attempt at writing a book, all the characters spoke exactly the same and overuse of the words 'murmured' and 'queried' drove me to insanity, sometimes its okay to just use 'said' or 'asked'. There was also a pretty lacklustre love story, I couldn't buy the whole hot and cold angle the author was trying to work because most of their exchanges were the same argument, they hardly actually talked and got to know each other so it was particularly hard to swallow when, after only knowing him for about two weeks, Cat quite literally described Fox as the love of her life, she barely even knew him.
So many times I came close to abandoning this book but at the same time I was compelled with a need to find out what the hell was going on and see what was going to happen next because writing aside, the author came up with a damn good plot, honestly I in no way guessed what was really happening and was just as shocked as Cat when we found out and the ending was another shock too. Although things often seemed to be a bit too easy or coincidental for our little gang, I did enjoy watching them try to uncover and end a government conspiracy, they were good people with their hearts in the right places and I liked them all a lot. Boy drama aside, Cat is one tough girl with a lot of bravery.
So despite my disappointment I came away intrigued enough to carry on reading the series with the hope that the authors writing will mature with more practice. I'm interested to see more of the world that Lucy Saxon has created as I feel we've only scratched the surface on all the places in Tellus. 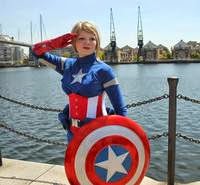 Email ThisBlogThis!Share to TwitterShare to FacebookShare to Pinterest
Tags: lucy saxon, review, take back the skies