What was the first thought that ran through your mind the first time you spotted Grace?

-Well, after that blank-brain moment where you can't think much past "wow," I was pretty like "I'm in big trouble now" because I had this sense she was the one, you know.

What is it about architecture you find so interesting?

-Have you ever seen that movie, Mean Girls, where Lindsay Lohan is asked why she likes math and she answers, "because it's the same in every language"? Architecutre is kind of the same for me, except without the girly Lindsay vibe she put into the sentiment. I like how you could be anywhere in the world and still see something familiar, like the pyramids, or the Eiffel tower, The Great Wall of China, the Statue of Liberty, or Stonehenge.  I think it would be amazing if I could create something that could be known worldwide and throughout the ages.

What ran through your mind the night Grace showed up at your window?

-Midnight booty call?  No, no, I know she's not like that.  But the guy in me had to admit I did hope for a second there.  Then I saw her shivering without her coat and I just knew something was wrong...and no matter what it was, I would fix it.

Do you think you'll ever make up with Todd?

-Who?  Joking!  Actually, I still talk to him occassionally. I even thanked him for stabbing me in the back because in the end, everything ended up a lot better for me than it did for him. But we'll never be besties or anything.

What do you see for the future with you and Grace?

Height: “six feet even” --According to the basketball roster.

Hair color: “Silky-straight, sandy-colored hair…with the shaggy bangs pushed to the side just far enough to see out from under them.” --Grace

Eye color: “He had the greenest eyes I’d ever seen, a pale, sparkly, jewel-kind of green, like the birthstone for August. Peridot. Yeah, he had peridot green eyes.”  --Grace

Dating Status: “He had a girlfriend.” --Grace

Distinguishing traits: “A scratch ran across his knuckles from his pinkie to his middle finger. The thumbnail had a bruise under it, as if he might’ve hit it with a hammer. They were one hundred percent boy hands. Nothing girly or feminine about them.” --Grace

Personality: “I think he’s totally blind to social status. In fact, I bet he’d befriend just about anyone. But that group leaches off him and clusters around him so tight he really doesn’t have a chance to see the rest of us through the trees.” --Alaina

Best line: “You’re the type I want to be my last. You know...the settle down and marry sort. If you’re my first, then I won’t get to—I don’t know—sow any wild oats or anything.” --Ryder

Why should he get the girl? “I think it has something to do with my big green eyes.”  --Ryder 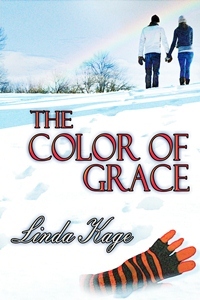 Meet sixteen-year-old Grace Indigo:
Hey. When my mother remarried after thirteen years of being a widow, I had to move to a new town and enroll in a new school. Suddenly thrust into an entirely different kind of life, I just wanted to go home. I didn’t want to meet new people, didn’t want to leave my old friends, didn’t want to become a third wheel to my mom and her husband...and I really didn’t want to see Ryder Yates again. Ugh, I still don’t know why I turned down that too-good-to-be-true boy who flirted with me when we were attending separate schools.

But honestly, it wasn’t as bad as I thought it would be. It was worse.

Who knew becoming lost in a new life could help a girl find her true colors?
Posted by Tipsy Misty at 7:00 am