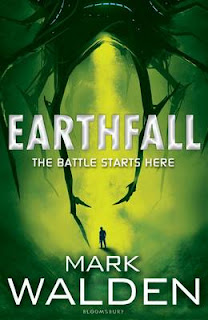 
Sam wakes to see strange vessels gathered in the skies around London. As he stares up, people stream past, walking silently towards the enormous ships which emit a persistent noise. Only Sam seems immune to the signal. Six months later, Sam is absolutely alone. In his underground bunker he has food and water for a couple of days. He has no choice but to venture above. Spotted by a flying drone, Sam escapes, but not before the drone slashes him with a barbed tendril. That night, drenched in sweat, Sam realises without medical supplies the wound will kill him. This time above ground he is less lucky. Cornered again, Sam thinks he has reached the end - then the drone is shot down in a hail of machine gun fire. In five minutes Sam learns two things: he is not alone; the drone injury should have killed him instantly - yet he is still alive. The battle for earth is about to begin.

Earthfall was an exciting book that kept you in suspense and was shrouded in mystery throughout. I admit it got a bit confusing when the truth was all coming out but I think I had it figured out by the time I turned the last page lol. This is definitely one for younger readers (it's target audience) but is also an enjoyable read for adults.
I liked Sam, he's a typical boy hero, but felt his training later on was glossed over and I found it a bit unbelievable that he was able to fight as he did when, from my view, he doesn't seem to have trained or worked out much at all since those months are kind of just skipped, possibly to keep the book short, I don't know.
He is very smart and quick thinking though which were more believable qualities and things that I liked about him. I think there's potential for a love interest in book two which I'm looking forward to seeing more of.
The writing itself is very descriptive and Mark Walden does a really good job of telling his story, keeping me hooked in and leaving me wanting to see what happens next now the tables have started to turn.
I found the actual story intriguing and believable, even with the confusing bit, maybe I just wasn't paying enough attention lol. It was closed off neatly but I still have lots of questions. It's something I would recommend for someone looking for a quick read.

My thoughts on the cover
I really like this cover, it's kinda creepy and I love the green! The alien ship reaching down to the guy should be scary but I like how he's standing tall, ready to do battle.

Favourite quotes
'There were times when he teetered on the brink of despair, but he never gave in to it. Instead he just got smarter and faster, managed to stay just one step ahead of the Drones. There was no alternative really; it was that or simply curl up and die.' 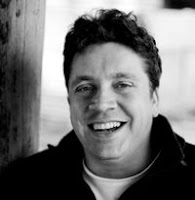