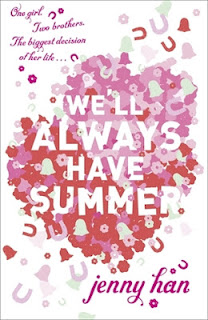 
Just when she thought she had all the answers . . .


Isabel has only ever loved two boys, Conrad and Jeremiah Fisher.


One broke her heart; the other made her happier than she ever thought she'd be. But each brother is keeping a secret, and this summer Isabel must choose between the Fisher boys, once and for all. Which brother will it be?

Previous books in the series (Links to my reviews.)
The summer I turned pretty
It's not summer without you
My review

This is the final book in the Summer series so as you can imagine I was excited to see how it all ends and Jenny Han didn't disappoint with this final instalment. It's as breezy and easy to read as it's predecessors' and I really enjoyed it.
At first I was a little disappointed that it picked up two years from the end of book two but soon realised that was because it followed the same format as the other books and flicked back and forth so you do still see what happened in the time in between and get a full understanding of what's happened and how we're at the point that we're at now. I actually liked this way better than if it had been told straight through because all the books fit in together.
I also liked that there are a few scenes told from Conrad's pov, like there were ones from Jeremiah's in book two, it let us know what he's been feeling and thinking about, now and the past.
All along I've, of course, had my suspicions of how it might go and my 'team', so I was on edge throughout the book waiting to see if I was proved right or wrong, I won't tell you if I was but I was pleased with how it ended, though I'd liked to have seen more of the end, it's the only part of this book I found slightly lacking, the rest though was great. It was lovely to see Belly and the boys all grown up and getting a hint of where they're planning to go with their futures.
The whole Summer series was really enjoyable and I'm looking forward to whatever the author comes up with next as I'll be getting whatever it is as soon as it releases!

My thoughts on the cover
Of course, this matches the other covers and it is really pretty, I love the horseshoes and wedding bells that signify this is really the end where Belly makes her choice, and the pink is also really pretty.

Favourite quotes
'It's a known fact in life, you can't have everything. In my heart I knew I loved them both, as much as it is possible to love two people at the same time.'

'Just for that moment, the thought that I might never see him again... it felt worse than death.' 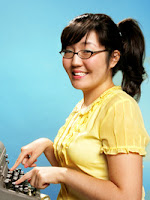