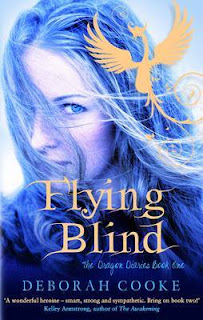 Flying blind by by Deborah Cooke

What's it about?
Zoë Sorensson is perfectly normal, except she's been told she's destined for great things. Zoë's the one female dragon shapeshifter of her kind. But Zoë is at the bottom of the class when it comes to being Pyr and her powers are AWOL, so she's sent to a Pyr boot camp.


Zoë quickly realizes that she has to master her powers yesterday, because the Pyr are in danger and boot camp is a trap. The Mages want to eliminate all shifters and the Pyr are next in line-unless Zoë and her friends can work together and save their own kind.

I didn't dislike this book, but I didn't love it either, I've only read one other dragon book so the concept of Dragon shifters was new and interesting to me and the backgroud and mythology of the dragons was well thought out and executed, the problem I had with this book was the character of Zoë, she was just to immature for me, which made the book hard to read at times, it took me a month to get through this book because I kept having to put it down to read something else. I did find the second half easier to get into when I picked it back up and finished it in a couple of days, so possibly it was partially to do with me as well, but I do still stick with my first impressions of Zoë. She was to dramatic about the boy she liked, she also felt very flaky, and, like I said, immature.
It wasn't until I'd nearly finished when I found out that this book is actually a YA spin-off to a previous adult series set in the same world and there were events mentioned that I think happened in that series but I didn't feel like I was missing anything, more like I stumbled upon some spoilers should I choose to read the adult series which I am planning to do sometime, I think I'd like it more since my complaint about this book is that it's immature, the writing and story itself were well constructed and imaginative.
I liked the other characters, Isabelle in particular, had a 'dreamy' air to her, that's probably a weird description, I guess you'd have to meet her to understand lol
I also really liked the character or Jared, probably because he's a bit of a bad boy, he has a leather jacket and a motorcycle! But I felt the relationship seemed to go a bit fast.
I do have the next book, Winging it, and am planning to read it, but maybe not straight away.

My thoughts on the cover
I do like the colours of this cover and the little picture of the dragon, but I don't get the hair in the face lol

Favourite quotes
'That was why I was determined to kiss him back. I'd show him that this Wyvern was bold. It was time I surprised Jared, maybe shook his tree. I leant closer, saw him start to smile...'


'I loved how he said my name. His fingers were wrapped in my hair, the strength of his hand turning my knees to butter. I stared into his eyes and couldn't imagine anywhere I'd rather be.' 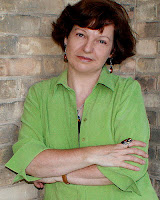