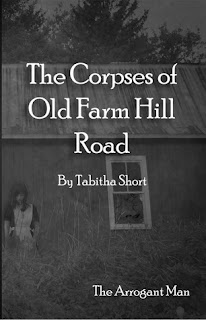 The arrogant man by Tabitha Short

The corpses of Old farm hill road book one.


He wakes up every morning knowing the world owes him something. Every woman was created for his demand, except for Vanessa Roundtree and her mother. Once lured onto their farm in the middle of nowhere he becomes their prey. As they torment his body, they break down his arrogance. Will he be able to escape? Or will he become just another of the corpses of Old Farm Hill Road?

I don't read that much horror fiction but around this time of year I like to pick up a few and when I do I like them to be bloody and violent as I'm not weak stomached and The arrogant man had both of these things so I was happy.
It starts off with Mathew, who is every bit the arrogant man the title suggests, I really didn't like him but I certainly wouldn't say he deserved what he got.
The girls come up with some imaginative tortures for their hostage and it was thrilling to read wondering if he would escape or not and what else might become of him.
Although this is a short story, I'd like to have seen more to be honest, the ending felt a bit abrupt and I wouldn't have minded more gory details, but it was well written and good for a quick read.
I'm completely intrigued to see what becomes of the girls in this series, how many more innocent victims they might try to claim and if they'll get caught.

My thoughts on the cover
This simple cover has a really eerie feel to it, especially since its in black and grey, rather than colour, it just gives it that creepy edge. You can't tell if the girl is a ghost or not, or I can't lol which I think adds to the creep factor, its a good cover :)

Favourite quotes
'"What are you doing?" He cried as he fell to his knees and then to the floor. "Playing," she said to him as she jerked the hook wildly, tearing through the skin and bone.'

'With one last breath he rolled himself over, flinging himself from the egde of the loft boards. He begged for death as his body rolled through the air, falling to the hard ground.' 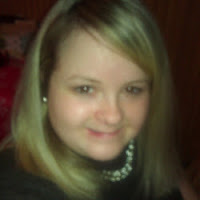