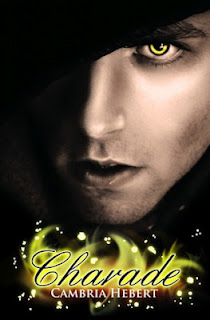 
The second novel in the Heven and Hell series.
Dying at the hands of a psycho was a shock. Having my life returned to me by an angel was incredible. Being named a Supernatural Treasure and being given Sam as my guard was pretty darn awesome. Acquiring a debt for it all—well, I should have seen it coming.
Now here we are, fighting demons from Hell, caring for a boy that I just don’t trust, and traveling to faraway places to return a treasure to its rightful place. Nothing is as it seems. Everyone wears a mask; everyone puts on a charade. It’s up to us to separate the truth from the lies and reality from fiction. A hard task when my new reality involves fallen angels, witches and dragons… and did I mention Hell?
Anchoring me down through it all is Sam. Sam, who must face tragedies of his own and is put to the test again and again.
If we fail in our task, life as we know it—life as you know it—will end. Forever.

Other books in the series (Links to my review)
Masquerade - Book one.
My review

I really enjoyed book one, Masqerade, so I've been looking forward to reading Charade, and I have to say it was even better than the first!
Right away, there's a lot of mystery surrounding the book, new characters and strange happenings galore and just as I was starting to think I wanted some answers I was hit with a huge twist that had me gasping so loud on the bus I attracted some strange looks! Masquerade really was a bumpy ride from start to finish and I was hooked all the way through.
I love Sam and Heven, their bond is something to be reckoned with! They're just so in love but not in a sickly sweet way, I enjoyed reading them together and felt the pull when they were apart, and the ending was hard to read.
Hebert has done an excellent job keeping the story alive in book two, I was constantly on the edge of my seat, gripping onto my kindle, this is anything but a 'bridge' book that just takes you from book one to book three, so much happens, and I suspect there is so much more to come.
I don't want to say too much more because I'm going to end up giving something away but if you liked book one then you HAVE TO pick this up, you won't be disappointed.

My thoughts on the cover
It has a gorgeous picture of Sam on it, what's not to love? I really like the gold colour of his eyes and the text stands out so well against the dark background.

Favourite quotes
'After a while I pulled away and took in her unfocused and soft eyes. Let Cole compete with that, I thought to myself.
There is no competition, Heven replied.
Damn mindbond.'

'If you cannot breathe, I will breathe for you. If your heart will not beat, mine will beat harder. If you do not live, neither will I.'