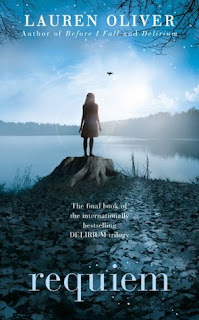 
I've started dreaming of Portland again. Like a monster from one of the ghost stories we used to tell as kids, the past has been finding its way in. It bubbles up through the cracks when I'm not paying attention, and pulls at me with greedy fingers.
This is what they warned me about for all those years: the heavy weight in my chest, the nightmare-fragments that follow me even in waking life.
I warned you, Aunt Carol says in my head.
We told you, Rachel says...

After not loving Delirium, it took me a long time to end up picking up Pandemonium and Requiem, but I'm so glad I did because I ended up really enjoying the other two books.
Although I'm still struggling to get a grip on the emotions of the 'cureds' I liked everything else about the book. My struggle isn't the idea of that they can't feel love, its the emotions they do feel, like anger, to feel angry about something, you must be passionate about it and for passion, there has to be love, or at lease that's how I see it, so these elements still don't work for me. However, with these kind of series, I always enjoy the end books, when a rebellion of some sort starts and our characters that started off repressed start to fight back so I liked these a lot more, and the fact that they're mostly set in the wilds rather than the city helped because I got to read the 'real' people instead who haven't been cured.
Anyway, what I liked about Requiem in particular. Well, once again its been changed, this time into two narratives, Lena and Hana's. I like how each book is slightly different in the way it is written, the story is continued but each stands out as something unique. In Requiem we see Lena still on the outside trying to help out the cause and we also follow Hana, about to marry the mayor and wondering if her cure hasn't worked properly. It was a good 'two-sides-of-the-coin' kind of story as we get to see what's happening on either side and it split up the story well and each narrative managed to match each other in pace so they picked up at the same speed and complimented each other, much like Pandemonium's past and present scenes, Lauren Oliver obviously has quite the knack for this kind of writing.
The little love triangle storyline didn't completely take over either and I'll admit I was converted to team Julian during Pandemonium! Sorry Alex fans!
The only thing I will say is the end didn't feel like enough, I still had some questions that felt like the could have been answered with some kind of epilogue a couple months later so we could see what became of everyone after the events at the end of the book but other than that, I really liked it!

My thoughts on the cover
I like the blue and it matches the other covers nicely and somehow they managed to make the barren ground look really pretty lol It is a nice cover, just not an awesome one I guess.

Sorry no favourite quotes as I read a proof copy that cannot be quoted from. 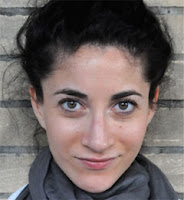