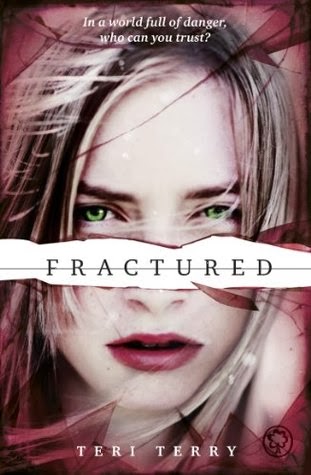 
How do you know where to go when you don't remember where you came from?
Kyla's memory has been erased,
her personality wiped blank,
her memories lost for ever.
Or so she thought.
Kyla shouldn't be able to remember anything. But she can - and she's beginning to realise that there are a lot of dark secrets locked away in her memories. When a mysterious man from her past comes back into her life, she thinks she's on her way to finding the truth. But the more she learns about her history, the more confusing her future becomes...

After that final scene in Slated, I'll be honest, I was expecting a faster pace in Fractured, I thought the story would start moving along more quickly as Kyla has now discovered her identity. But we find early on that she hasn't quite recovered all her memories, though she remembers who she is and what she's capable of, she still doesn't remember all of her past or how she's come to be where she is. Fractured again follows Kyla trying to recover more of her memories and figure out who she can trust. However, as far as complaints go, that's the only one I have. I still enjoyed the book very much and found it just as hard to put down. Its conspiracy after conspiracy and just like Kyla, the reader gets immersed into wanting to get to the bottom of the truth because there are many things that aren't how they seem in Kyla's world.
While I missed Ben in Fractured, I enjoyed getting to know Kyla better as she's always been a likeable character and I do feel for her when she gets frustrated at trying to figure everything out and decide on her next move.
Fractured is another highly entertaining read in a compelling trilogy and I am pumped for book three to see how it all ends. 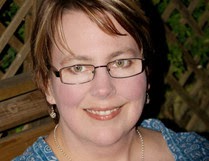