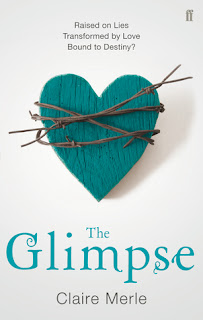 
In a near future, society is segregated according to whether people are genetically disposed to mental illness. 17-year-old Ana has been living the privileged life of a Pure due to an error in her DNA test. When the authorities find out, she faces banishment from her safe Community, a fate only thwarted by the fact that she has already been promised to Pure-boy Jasper Taurell.


Jasper is from a rich and influential family and despite Ana’s condition, wants to be with her. The authorities grant Ana a tentative reprieve. If she is joined to Jasper before her 18th birthday, she may stay in the Community until her illness manifests. But if Jasper changes his mind, she will be cast out among the Crazies. As Ana’s joining ceremony and her birthday loom closer, she dares to hope she will be saved from the horror of the City and live a ‘normal’ life. But then Jasper disappears.
Led to believe Jasper has been taken by a strange sect the authorities will not intefere with, Ana sneaks out of her well-guarded Community to find him herself. Her search takes her through the underbelly of society, and as she delves deeper into the mystery of Jasper’s abduction she uncovers some devastating truths that destroy everything she has grown up to believe.

(2.5)
Well from the rating you've probably already guessed, I didn't really like this book :(
So, lets start with the bad first so we can end this review on the positive, what I had trouble with was getting a grasp on the world this book is set in which made it difficult for me to connect with the book and, by extension, the characters. There were times where I just couldn't imagine the setting at all, I found parts predictable and the romance kind of dull.
On the other hand, I think the author has had a good vision of a possible future scenario, in our efforts to want to put a name to everything to better understand it, there is a chance people could go too far and label things like grief as actual diseases and cut a line between "crazy" people and "Pure" people, that was something I found interesting, but I still couldn't quite understand how it worked, because the so called Pure's and crazies were split up, but the crazies were given the city and ran businesses that the Pure's needed, so for some things they're relying on these crazy people, to me this didn't make much sense, surely they'd want more distance than that and to actually push the crazies out of their civilisation, these are the kinds of things I had trouble with.
Generally the writing was good and Ana was a strong character - there were some other characters I liked too - it was the story I didn't enjoy, I guess it just wasn't for me, I'm undecided yet as to whether I'll read the other book in this two book series, but it's likely I'll get curious about how it ends for the characters I have met. 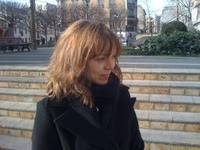