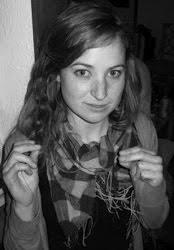 -My name is Chelsey Flood and I live in Bristol. I love playing table tennis and drinking beer. I also love jumping in rivers and being in wild places. I dream of being self sufficient and living in a tree house that I have built with my own fair hand in the woods. Is that too much?

-I finished my first book last year, aged 28, but I’d started lots of others before that. None of the others got much further than the set up. I bored myself. Hopefully, I learnt a thing or two though, and won’t bore the rest of you with this one.

What was your inspiration for writing Infinite Sky?

-Infinite Sky began as essays/memoir. I was writing about growing up at my Dad’s house, Brook Farm, and my parents splitting up, and the things we used to get up to as kids. Brook Farm is my favourite house in the world, and my dad pretty much let us run wild there, so I have a lot of amazing memories based there. Recently, we pulled the carpet up in my old bedroom and I found all these mad tippex drawings by 11 year old me and my weird friends. My dad let us write all over our bedroom walls as well.
It’s like a remnant of a world gone-by down there, and so I suppose I was trying to document it before it disappears. We used to make rope swings and climb trees and find nests at my Dad’s house, as well as getting into all kinds of trouble. I felt so free at this time. To me, Infinite Sky, is about freedom.

-I feel very close to all the parts of the story. I drew very heavily from my experiences, though they are entirely fictionalised too.

-Cornwall! I lived there for eight years and I am always telling people it’s my spiritual home, whatever that means. I lived in Falmouth, but I love the whole coastline. And some of the middle of it too. I think I might go back there soon.

-Being able to communicate to my full capacity. I lived in Berlin for a while and I really missed making jokes and listening to other people’s conversations. I also love my friends and family, of course, and the landscape, and the books, and the pubs, and the accents, and the music and the sense of humour.

-There are dozens. But I will choose… Edinburgh.

-My favourite English band is a toss up between Pulp and The Smiths (in which I also, wrongly or rightly, include Morrissey’s discography.) There are so many others I love though, I feel a bit sad about being asked to choose.

-My favourite British film is probably Withnail and I. Anyone who hasn't seen it must watch it immediately.

-We have some marvellous thesps, but Paddy Considine is my favourite. He plays the dad in the film adaptation of my novel, which isn’t actually being made, but that I dream about sometimes.

-My family and friends and the countryside I grew up in.

-I would say Cornwall, but I've already lived there, so I’ll say Scotland.

-Growing up, whenever I used to say, “I see,” my dad would say: “said the blind man to his deaf daughter riding a horse backwards.” I don’t know what it means, or if it counts as a British saying, but I really, really like it. 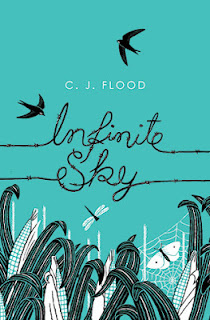 Infinite sky
Iris Dancy’s free-spirited mum has left for Tunisia, her dad’s rarely sober and her brother’s determined to fight anyone with a pair of fists.

When a family of travellers move into the overgrown paddock overnight, her dad looks set to finally lose it. Gypsies are parasites he says, but Iris is intrigued. As her dad plans to evict the travelling family, Iris makes friends with their teenage son. Trick Deran is a bare knuckle boxer who says he’s done with fighting, but is he telling the truth?

When tools go missing from the shed, the travellers are the first suspects. Iris’s brother, Sam, warns her to stay away from Trick; he’s dangerous, but Iris can no longer blindly follow her brother’s advice. He’s got secrets of his own, and she’s not sure he can be trusted himself.

Infinite Sky is a family story about betrayal and loyalty, and love.

How would you like to get your hands on a proof copy of Infinite sky?
-Giveaway is UK and IRE ONLY!
-You have one free entry, following for extra entries is optional.
-Winner will be notified via email.

Be sure to check out Book passion for life today for an interview with C.J. Skuse, author of Rockoholic.
Posted by Tipsy Misty at 7:00 am