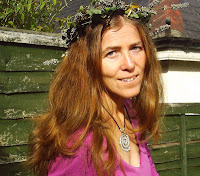 Quest for King Arthur’s Camelot
Here in the UK, we have lots of places named after the legendary King Arthur, but we’ve yet to find any historical evidence of Arthur’s castle and its famous Round Table. So where exactly was Camelot Castle?

1. Caerleon, Wales?
An old fortified Roman town, where you can still see the ruins of a scenic amphitheatre and the Roman baths.

2. South Cadbury Castle, Somerset?
An iron age hill fort, the site of a dig by the Camelot Research Committee in 1966. From its flat top, you can see Glastonbuy Tor, believed to be the ancient and magical isle of Avalon.

3. Kelliwic, near Padstow, Cornwall?
A town close to the River Camel at Camelford, a possible location for King Arthur’s final battle against his evil nephew Mordred.

4. Scotland?
Many places in Scotland have Arthurian names, including the famous "Arthur’s Seat" in Edinburgh.

5. Camelot Castle, Tintagel, Cornwall?
You can actually stay in this modern hotel within sight of the ruined Tintagel Castle, legendary home of Arthur’s mother Igraine.

So where did I decide to set my new series about King Arthur’s daughter, Rhianna Pendragon? You’ll need to read the books to find out! 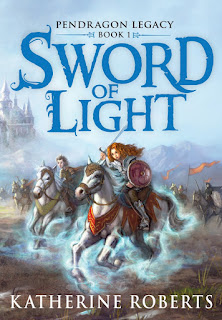 Sword of light
It is the darkest hour of the darkest Age. King Arthur is dead, killed by his wicked nephew, Mordred. Saxon invaders rampage across the land and forces of evil are gathering. The path to the throne lies open to Arthur's only remaining flesh and blood - Mordred. But there is one with a better claim than Mordred - Arthur's secret child. Brought by Merlin to enchanted Avalon as a baby and raised there for protection, the king's heir must take up a vital quest: to search for the four magical Lights with the power to restore Arthur's soul to his body. Introducing Rhianna Pendragon: unlikely princess and Camelot's last hope.

Win a copy of Sword of light by Katherine Roberts.
-Giveaway is open to UK and IRE residents only.
-Answer the question to enter, following for extra entries is optional.
-Winner will be notified via email.

Author bio
I  was born in Torquay UK in 1962, and spent my childhood roaming the beaches of Devon and Cornwall collecting strange creatures from rock pools. Later I ventured north to the University of Bath, where I collected a first class degree in Mathematics... this didn't teach me how to write, but it helps me understand my royalty statements!

I have Welsh and Spanish ancestry, which might be why you can find so many myths and legends in my work. The book that inspired me to start writing fantasy fiction was "Lord of the Rings" by JRR Tolkien. I've read it 11 times.