Why the UK Is doomed 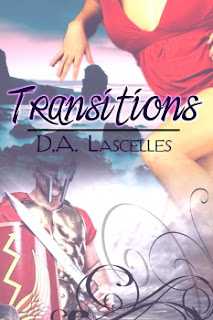 
Transitions takes us on a journey through time. In modern day Birmingham , a group of university students become embroiled in a love story almost 2,000 years old as the ghost of Gaius Lucius, a Roman officer tries to reclaim his lost love.

What can Helen, a driven and ambitious student with high hopes for the future, do to solve this ancient riddle? And why is Brandon making late night visits to her house with tokens of love?

D.A Lascelles is a former clinical scientist turned teacher who writes to stop himself from going insane during the long holidays. He is only just starting out as a professional writer with his first publications. In 2011 he released a short story entitled ‘Gods of the Sea’ in the Pirates and Swashbucklers anthology by Pulp Empires. He is also the author of Transitions, part of the Shades of Love series by Mundania press, a paranromal romance. He contributed the background to Realm: fantasy warfare.

He lives in Manchester in the UK with his wife and a fox terrier cross called Eddie. You can find his blog Lurking musings. He has also been known to write on other sites such as Am writing blog and News from the spirit world and do reviews for epublish a book and Cult Britannia.

Be sure to check out Book passion for life today for a guest post from Tom Clempson, author of One seriously messed-up week.
Posted by Tipsy Misty at 7:00 am