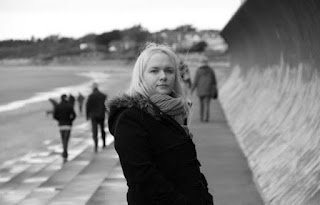 How I became a Bookaholic
by C.J. Skuse

What got me into books and writing was abject loneliness, if you really want to know. I was 15 when I left private school and went to a sixth form centre to do my A Levels and there I proceeded to crawl into a very hard shell of my own making. The leap was huge and terrifying to me. Someone said ‘Go to college and do A Levels and mix with boys’ and what I heard was ‘Go and jump the Grand Canyon in the nude, on a micro scooter with your eyes shut.’ No way, Pedro.
So I bunked off from college a lot. When I did turn up to class, I couldn’t identify with people my own age. They were all about the Friday and Saturday night. All about the ‘What you doing later?’ All about the ‘Who are you doing later?’ All about the ‘So and So fancies So and So but So and So fancies Someone Else.’ I tried to fit in for a while but in the end I just couldn’t do it. And I knew I was the odd one out.
The square peg.
And what choice does a square peg have? It either sands down its sides to fit in, or it stays a boring old square.
Well, I tried and I failed to sand down my sides, so I took the road less travelled and it took me to a library in the centre of town. Every chance I got, I would escape there and tuck myself away in a corner and read the books I wanted to read, chomping on a comfort pastie; my trainers neatly placed under my seat. No one badgering me to join in. No one telling me to go out and get some fresh air. No one taking the piss out of me for not going to this or that party.
Just me and a book.
And a pastie.
And an occasional drunk who’d stick his hands down his trousers behind the Stephen Kings.
Oh reader, how I would love to say I read all the classics in those stolen hours. How I would love to tell you how I bulldozed through all the Brontes’, devoured the crap out of Dickens, memorised the poems and soliloquys of Shakespeare, Keats or that weird one who killed herself.
But I didn't.
I read the books my English teacher told me not to. All the Point Horror and Point Romances. I lived vicariously in those plots of teenagers getting murdered at fun fairs, cheerleaders getting murdered at cheerleader tryouts, babysitters getting murdered by vampires or werewolves and large groups of shiny happy friends staying at sumptuous beach houses but also getting murdered. I lived in those books. It was these books that taught me how to hide in Storyland. Live vicariously through imagined worlds. Wish all the annoying shiny happy cheerleader types really would just fucking die.
I guess it also built the foundation of my love for YA too.
And then a chance conversation with my cousin one night about our shared childhood in the countryside hit upon an absolute stream of magic. It became so obvious – I wasn’t handling growing up so I would relive my childhood through writing. Everything I had lost, I would give back to myself in a novel.
And so, aged 17, I set to work. ‘Oh you’re writing a novel?’ people would say. ‘That’s nice.’ And here would endeth the conversation. Nevertheless, I carried on. Carried on reading. Carried on writing. Carried on hiding.
Around the same time I became obsessed with The Wind in the Willows author Kenneth Grahame. I bought this biography by Alison Prince and revelled in the fact that he too had a compulsive desire to relive his childhood after finding growing up a big disappointment. Everywhere he went he too felt like a square peg in a round hole; unable to leave the past behind because it had been inexplicably ripped away from him. His children’s books grew from that longing. My own novel was shaped by a similar childhood longing and peppered with quotes from Grahame’s stories as an homage to the only person in the world who I thought would understand.
Everything I have had published since then springs from these years in my life; from being 16-18. This first book featured a dangerously anti-social girl, quick-tempered and constantly railing against authority.
The opening scene was this girl called Beth being expelled from her posh boarding school (see Pretty Bad Things).
There was also a character in that first novel called Jody who was depressed and wore black jeans and band t-shirts and who was failing to come to terms with her father’s abandonment and her grandfather’s death (see Rockoholic).
Everyone around me at that time had boyfriends, social lives, friends, and I was the odd one out. I didn’t have a boyfriend. I didn’t have any true friends. I didn't enjoy it. Except English. I especially liked studying Frankenstein (see Dead Romantic).
And look at me now. I’m 32 and I’m still not into the same things people my age are into. I should be married. I should have popped out some ungrateful, world-hating spawn of my own. I should have a full time job, a mortgage and be cultivating a few stress-related tumours. But (as far as I know), I’m not. I am a square peg through and through. Always have been, always will be.
And that has made all the difference. 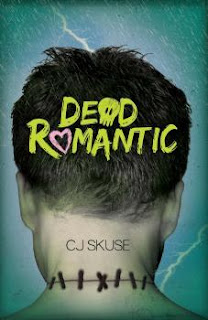 Camille wants to find the perfect boy, with an athlete's body and a poet's brain. But when she's mocked at a college party, she kows there isn't a boy alive who'll ever measure up. Enter Zoe, her brilliant but strange best friend, who takes biology homework to a whole new level. She can create Camille's dream boy, Frankenstein-stylee. But can she make him love her?

About the author
I write books. The first book is quite offensive. The second book is an ode to rock music. The third book is batshit crazy. You may like them, you may not. Either is fine with me.