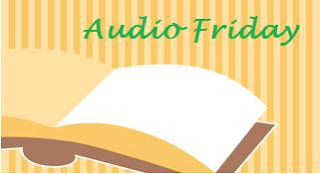 Audio Friday is a bi-weekly feature for audio reviews posted by myself and regular guest Wanda, normally we take turns but I'm going again this week. 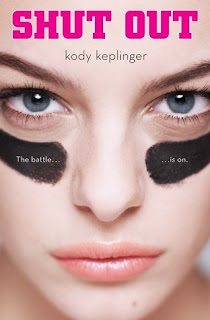 Shut out by Kody Keplinger
Read by Kate Reinders.
Available now.
What's it about?
﻿Most high school sports teams have rivalries with other schools. At Hamilton High, it's a civil war: the football team versus the soccer team. And for her part, Lissa is sick of it. Her quarterback boyfriend, Randy, is always ditching her to go pick a fight with the soccer team or to prank their locker room. And on three separate occasions Randy's car gas been egged while he and Lissa were inside, making out. She is done competing with a bunch of sweaty boys for her own boyfriend's attention.
Lissa decides to end the rivalry once and for all: she and the other players' girlfriends go on a hookup strike. The boys won't get any action from them until the football and soccer teams make peace. What they don't count on is a new sort of rivalry: an impossible girls-against-boys showdown that hinges on who will cave to their libidos first. And Lissa never sees her own sexual tension with the leader of the boys, Cash Sterling, coming.
Inspired by Aristophanes' play Lysistrata, critically acclaimed author of The Duff (Designated Ugly Fat Friend) Kody Keplinger adds her own trademark humor in this fresh take on modern teenage romance, rivalry and sexuality.

My review
5/5
On the narrator: I really enjoyed the narration of Shut out, I found Kate Reinders easy to listen to and the story easy to follow when listening to her. She did a great job with the dialogue and made the funny bits really funny so I was laughing out loud, she really made the book enjoyable and as fun as it should be.

On the book: Shut out is a really fun book but at the same time it addresses a lot of questions I think teenage girls have about sex and the weird social politics of sex, such as why are guys heroes for 'putting it about' and girls are sluts. Keplinger does a great job of working these things into conversations throughout the book and manages to keep it light and fun at the same time. I really enjoyed the story and the characters, Lissa was really interesting, I love her little neuroses and quirks and Cash is completely swoon worthy! This is a great book for girls (and women!) and I'd recommend it to anyone looking for a quick, fun read.

On the cover: I really like this cover, the war paint is funny when put in context with the story and gives the idea of a fight or war so it matches perfect. 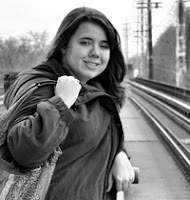