February Books/word of the month

The first book of the month is I am number four by Pittacus Lore.
Why? To celebrate the movie out this month and because it's awesome and I think you all should read it! 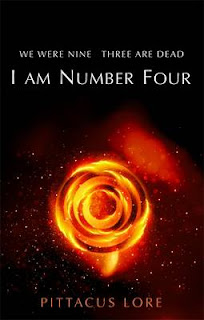 I know there are a whole bunch more different covers but I went with this one because it's the one I own!

Synopsis:
John Smith is not your average teenager. He regularly moves from small town to small town. He changes his name and identity. He does not put down roots. He cannot tell anyone who or what he really is. If he stops moving those who hunt him will find and kill him. But you can’t run forever. So when he stops in Paradise, Ohio, John decides to try and settle down. To fit in. And for the first time he makes some real friends. People he cares about – and who care about him. Never in John’s short life has there been space for friendship, or even love. But it’s just a matter of time before John’s secret is revealed. He was once one of nine. Three of them have been killed. John is Number Four. He knows that he is next . . .

The next book is No Permanent scars by Michael Hemery. It was suggested by Silenced Press 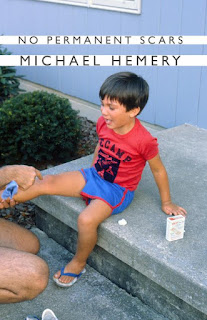 Synopsis: No Permanent Scars reads how creative nonfiction should read: Like fiction. Like nonfiction. Like memoir. Like humor. Like literature. Like life. It’s about childhood, adulthood, the neighborhood and what it means to be a kid, a parent, a teacher, a human. Michael Hemery illuminates an honest working-class existence, offering both the sober realities of class discrimination and the humor and love of family. Intertwined with serious issues such as suicide, alcoholism, abuse, religion, and immigration, Hemery also endures a painfully slow and often naive coming of age (he once mistook an obvious prostitute for an office supply store employee). This is going to be the best book you’ll read this year.


And the word of the month is

Suggestions:
Eternal by Cynthia Leitich Smith
Eternal by Craig Russell﻿
Eternal Rider by Larissa Ione
Eternal kiss of darkness by Jeaniene Frost
The fire eternal by Chris d'Lacey
The eternal Dawn by Christopher Pike
The eternal kiss anthology edited by Trisha Telep
The eternal ones by Kirsten Miller
Eternal hunger by Laura Wright
Please note some of these are out of series' so check before reading.
If you have suggestions just comment and I'll add them to the list.
Posted by Tipsy Misty at 9:17 pm