My favourite book boys of 2011

Although I don't participate in the 'My book boyfriend' meme hosted by The unread reader﻿ I wanted to list my favourite book guys from the books I read in 2011 because I love making lists and I love heroic hot guys!
They're not in any particular order other than the one I thought of them and they're from books I read this year not ones that were released this year.
I wanted to add a picture for each guy but I suck at fantasy casting so I did some searching around the world wide web and 'borrowed' some ideas, but the ones I found I do think fit my imagination, and I'm pretty sure by clicking on any of the pictures you will be able to see them in their full sized glory!
So here goes...

﻿Ethan Carter Wate from The Caster chronicles by Kami Garcia and Margaret Stohl - Whilst I said this list is in no particular order, Ethan does get the top spot, and not even because I fancy him! At ten years my junior he's way to young for me! lol But he's been my favourite book guy ever since I read the first instalment in this series, Beautiful creatures, and since I read the latest release, Beautiful Chaos this year it means I get to add him to my list yay! Ethan is just the perfect southern gentleman, he's polite and thoughtful and would (and does) do anything for the girl he loves, he's also loyal to his best friend Link(ubus) and is just such a good guy, I hope my son grows up to be like him because then I'll know I've raised him right.
"Lena Duchanne, it rhymes with rain."﻿
is one of my all time favourite quotes!

John Smith from The Lorian Legacies by Pittacus Lore - I loved John in I am number four and I loved him again in The power of six, both of which I read this year. He totally kicks butt, but he also holds back and is the bigger man when he needs to be, and when he falls in love it was just so sweet to read.

Thomas from The maze runner series by James Dashner - I keep choosing guys that are to young for and am starting to worry about myself lol I love Thomas because he's clever and follows his instincts, he's one of those reluctant leader types that end up being brilliant at it, I love those types! Good that.
And if you slintheads haven't read this series then your missing out!

Prince Ashallayn’darkmyr Tallyn from The iron fey series by Julie Kagawa - Finally a guy I can swoon over! Ash is dark brooding and handsome, not just in my head, look at that guy on the cover of The iron knight! But he's also loyal, strong, and defiant.

Niall from The Wicked Lovely series by Melissa Marr - If Ethan is my favourite good guy then Niall is my favourite bad guy! I've been in love with him ever since I read Ink exchange and will be forever and ever! I read Darkest Mercy right at the start of the year and was sad to see the series end but there a couple of novellas I still haven't gotten to reading and I'm pretty sure at least one of them features Niall - silver lining!

Cameron Cabellero from Blood bound by Rachel Vincent - Have you fainted from swooning yet because I know I nearly am! Next up is Cam from Rachel Vincents fabulous new series, I only met Cam this year but boy did i fall for him. He's not afraid to lay his cards on the table when it comes to his feelings and he's intensely protective.

Seamus Doran from The Nightshade series by Andrea Cremer - With so many 'Team Ren' out there I just had to put Shay on my list! When I was immersed in Nightshade I was Team Shay so you can imagine my surprise when I came up for air at the end to find that fans were split between him and Ren, I was never a fan of Ren, he was to pushy but I loved Shay, he's a nice guy.. or maybe it's because I keep imagining him with an Irish accent *sigh* 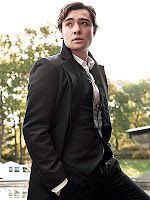 Adrian Ivashkov from Bloodlines (and VA) by Richelle Mead - Ever since I met Adrian in Frostbite I've been lusting after him and I've always had the image of  Ed Westwick in my head whenever I read him. I was team adrian all through VA and was super glad when I found out he'd be in this spin-off series, and as a big part character to. He's a charming rogue and funny but also kind of tortured inside, you can't help but love him and want to give him a hug.

Four from Divergent by Veronica Roth - Contrary to this list I don't actually fall in love with a lot of book guys, sure there are guys I think are great, like the first three on this list, and i have temporary crushes, then there are the guys I fall for and they become long standing relationships, like Niall and Adrian and I think Four is my newest addition to this short list, there was just something about him, I can't even place my finger on exactly what it was, but perhaps that's why I fell for him and I think he's here to stay with me for the long run. 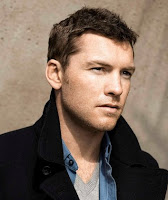 Xander from Unveiled by Trisha Wolfe - This was a short story I read a few months ago and I am not so patiently waiting for the full novel so I can get another taste of the handsome soldier Xander!
﻿Well there you have it, my favourite guys of the year and I even managed to make it a top ten list, but that was coincidental, I had no idea how many guys would make the list when I started lol
Who are your favourite guys from 2011?
If you've made a simlair list leave a link :)