My favourite book villains of 2011

Again this list is based on the books I read this year, not books that were released.
It's not a top ten or twenty, it's a top however many there are when I'm done lol
I've tried to find pictures of people I think look how I imagine the characters but I suck at fantasy casting so I may have "borrowed" some ideas.

Kalona from The House of night series by P.C. and Kristin Cast - ﻿I'm so glad I read Awakened at the start of the year so that I could add Kalona to my list. He's one of my favourite bad guys, yeah he's done totally, ok completely evil things, but at the same time as we get to know him I can sense the vulnerability in him, his longing to get back home and back into Nyxs good graces, though deep down he knows that will never happen, in his anger at being kicked out he did unforgivable things. He has a lot more depth than some other bad guys I've read. 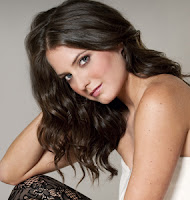 Sabine Campball from My soul to steal by Rachel Vincent - I shouldn't love Sabine, she's trying to steal Kaylees boyfriend for frigs sake! But I do, she's so confident and sexy and well a little bit psychotic. She's also really funny and was one of the things that made the fourth book in the series so much fun. I'd love to be friends with her but I'd hate to be on her bad side, I imagine that would be a bit of a nightmare. (Pun intended!)

The Mogadorians from The Lorian legacies by Pittacus Lore - Seriously these guys are just creepy, and the "pets" they keep *Shudders* I know I'd poop my pants if they were after me, they're relentless, have the best weapons and skills and are damn scary!

The zombies from Outpost by Adam Baker - There was no way i'd be able to find a picture to depict just how creepy these different and scary zombies are in this chilling book so you'll just have to trust me that they are, I didn't want to turn off the light at nigth when I'd finished this book.

Romeo Montague from Juliet Immortal by Stacey Jay - Ahh another tortured bad guy that really just bad some baaad decisions that he thought were for the best. I loved Stacey Jays take on Romeo and Juliet and her version of Romeo, I'm really looking forward to Romeo redeemed next year to get more of him! 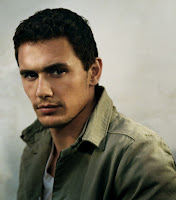 King Tohon from Touch of power by Maria V. Snyder - Tohon is the perfect mix of evil and smouldering sexiness and a dash more evil. He does some really evil things, he's not anice person but I couldn't help having a guilty crush on him.

﻿Wow, so my list only ended up being six people! Though I read a lot of books this year (113 so far) most were dystopias and post apocalyptic books whose bad guys were faceless governments and natural disasters rather that good old fashioned evil geniuses with manical laughs lol And any other bad guys I did encounter just weren't memorable enought to make my list.

Which villains did you love this year?