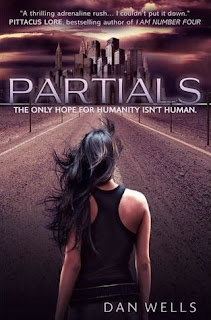 What's it about?
The only hope for humanity isn’t human.

In a world where people have been all but wiped out by a virus created by part-human cyborgs called ‘Partials’, and where no baby survives longer than three days, a teenage girl makes it her mission to find a cure, and save her best friend’s unborn child.

But finding a cure means capturing a Partial…

Partials is a great start to a thrilling, new series﻿. I did find it slow to start but it never made me want to put it down, I loved the world building and the political and scientific sides to the story, it was all really interesting, we're walked through it all so it's not confusing but it doesn't feel like reading 'science for dummies' either.
Kira is an amazing character, she's so strong and determined, she's ready to fight and die for what she believes in and that's a quality I have to admire, her drive won't let her just settle for what she has, she goes a long way to achieve what she wants.
﻿As far as 'end-of-the-world' books goes, I think this one has something new and interesting to add to the mix, I really like the idea of the Partials and there is enough information on what happened to throw the world into devastation but not to much.
The plot was full of some great twists, I did guess some but not all. And the climax had me on the edge of my seat flipping the pages to see what would happen.
Dan Wells does an excellent job at balancing all of the elements in this book to make for a smooth, enjoyable read. The writing was easy to follow and made the whole book believable as a future world. The next book is called Fragments and I'm really looking forward to it.
My thoughts on the cover
I really like this cover, the broken city in the background and the barren wasteland around it really refleccts the setting and I love the dark colours and the girl looking out to the city, it's a cool cover.
Favourite quotes
'I am stronger than my trials.'
"I'm serious," said Kira. "I can't just watch children die anymore. I can't just stand there and take notes while madison's baby dies. I'm not going to do it. It's been weeks since she told us, and I've been racking my brain for anything I can do to help, and I think I finally have a workable starting point." 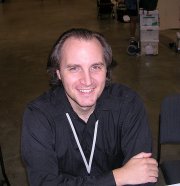