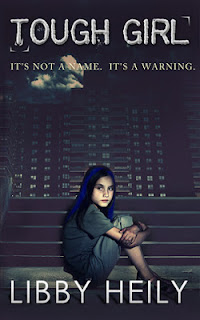 What's it about?
Danger lurks everywhere in eleven year old Reggie's world—from the bully next door to the unwanted attentions of a creep at school. Raised by her mentally ill mother, Reggie is left to fend for herself in a rough neighborhood. She escapes in daydreams, battling aliens with her alter ego, Tough Girl.
When Reggie's mother disappears, her fantasy life spirals out of control and starts to invade reality. She is hunted by a creature of her own design, and even Tough Girl is not strong enough to stop him.
Will Reggie survive long enough for her mother to return, or will her dream world take over?
This book contains adult themes and adult language.

Tough girl was a lot darker YA book than I'd been expecting going in but it was a great read, I actually liked the gritty side to it, it gave the book a feeling of realism to the story.
As Reggie starts to get lost in her own world the lines of reality and fantasy start to blur together and it's not always easy to tell as the reader which is which as you get lost in Reggie's world alongside her.
It was hard to see the tough life she has and the rough neighbourhood she lives in and I could understand why she prefers to live in a dream world, though to be honest I don't think she even realises half the time that she is.
I did have a problem with the ending though, it felt a little sudden and that Reggie doesn't receive the help mentally that she would after the kind of break down she goes through.
But, other than that, Tough girl was spot on, it was written really well and the author has a good grasp on both the gritty world Reggie lives in and the fantasy world full of aliens and other planets she imagines.
There was a good balance of both and some great twists at the end.
This is not one to be missed.

My thoughts on the cover
After reading the book I realise this cover is perfect, its dark and it features Reggie alone and curled up, just as I'd imagine her, and I also like that she has Tough girls blue hair.

Favourite quotes
'She had one last thing she needed to take care of before she rejoined the Ruizes. She had to check on TG. Reggie closed her eyes.' 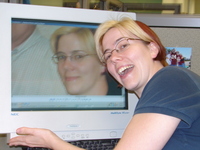