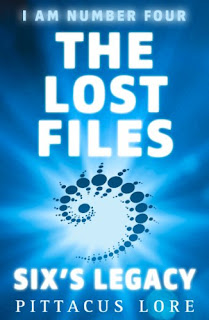 My review:
5/5
This is a short eBook prequel novella so I'm just doing a quickie review for it. This is a lovely little insight into what happens to Six before she meets John in I am number four. The events are mentioned in lesser detail in The power of six so you won't be missing anything if you don't read it but you should lol We get to know Six a lot better in this and meet her Cepan Katarina and learn how Six became the bad ass that she is! It's written in the same style as the others which makes for a quick easy read and so if your a fan you should give this a try since it's pretty cheap anyway :)