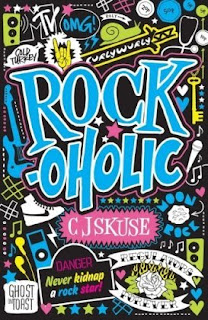 Jody loves Jackson Gatlin. At his only UK rock concert, she’s right at the front. But when she's caught in the crush and carried back stage she has more than concussion to contend with. Throw in a menacing manager, a super-wired super-star, and a curly-wurly, and she finds herself taking home more than just a poster. It’s the accidental kidnapping of the decade. But what happens if you’ve a rock-god in your garage who doesn’t want to leave? Jody’s stuck between a rock-idol and a hard place!

﻿Rockoholic was such a fun book that had me laughing right from the get go. I was feeling down when I started it and it was the perfect pick me up when I was struggling to pick up a book because of my mood. The story line is fun and fresh and the main character Jody was lovably naive and impulsive, I think she portrayed what a lot of young girls felt at that age, thinking she was in love with a rock star she'd never met. It was great watching her figuring out that maybe fantasy wasn't as good as the reality and realising what had been in front of her all along. She was a fantastic character and so was best friend Mac and his super cute two year old sister Cree who also featured a lot in the book, I loved how her dialogue was even written how a two year old would speak.
It was great fun watching how the story developed and seeing Jody start to grow up and face things she'd been pushing aside whilst listening to her hilarious inner monologue.
Jackson was a bit of a douche bag to start, but I warmed to him as we got to know him more, got to understand what the pressures of an overbearing manager and a highly successful rock band had done to him and I was glad he was trying to get himself clean.
This was a fantastic read that was easy to get into and effortlessly took my mind off my troubles for a few hours, I'm looking forward to reading more by this talented author.

My thoughts on the cover
This cover looks like it's to busy but I don't think it is, I love all the colours and think it's really quirky and looks like it could be the doodles of a teenage, rock obsessed girl. It also makes you want to know what bits of the story each part is from.

'You've kidnapped a celebrity, Jody. All right, he's not Cheryl Cole or the Prime Minister or anything, but he's still in all the gossip mags. Once it gets out he's gone missing, presumed kidnapped from a concert, you're a ghost on toast.' - Mac


'I'm just a man. I'm not a hero, Jody. My image is engineered. You do know that? I don't mean to patronise or anything but you saw me on that DVD of yours, right? Talking about my parents divorce, Dad's death. Reading books on the bus? You probably went right out and bought those books too, didn't you?' - Jackson 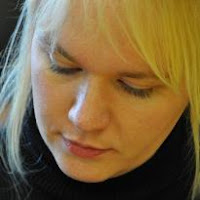