My favourite book boys of 2012 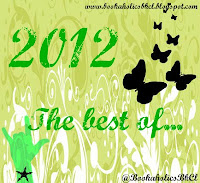 I think the title is pretty self explanatory, to continue my '2012, The best of...' here are my favourite book boys of the year, with pictures!
Some are repeat offenders and some are new comers, I'm not good at fantasy casting so I've mostly used book covers or the models that are used on the covers.
The series links are to the book I read this year, not the first book in the series.
(Last years list)

In no particular order;

Alex from Perfect chemistry by Simone Elkeles - This one is purely physical lol What's not to love about the hot Spanish bad boy Simone has cooked up for us in this novel, the book was awesome by itself but Alex certainly helped it along! The picture is the guy from the cover, who I think suits the look perfect.

Prince Ashallayn’darkmyr Tallyn from The iron fey series by Julie Kagawa - Ash just scrapes into the list for his second year running as I read The iron knight in January, it wasn't my favourite book in the series but I still love him. He's the classic Prince and hero us girls always imagine swooping in and saving us.

Tod Hudson from The soul screamers series by Rachel Vincent - I never really noticed Tod before If I die and Before I wake this year, which are books five and six, but he really came to the forefront of the story and turns out he's a great guy! So funny and caring and right for Kaylee. I'm not sure that the model on the cover of Reaper, a short story novella, matches my image of him but I couldn't think of anyone who did. 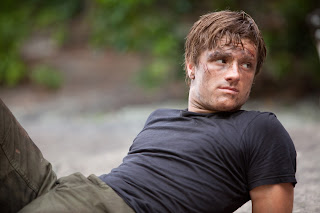 Peeta Mellark from The hunger games by Suzanna Collins - I  always liked the selfless character of Peeta but I never fancied him because he is way to young for me, but they made a fine casting choice with Josh Hutcherson, who I can lust after! I'm glad I re-read the book this year so that he could make the list. 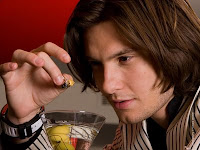 Myrnin from The Morganville vampires series by Rachel Caine - It's hard to imagine anyone as Myrnin because he's such a quirky character, I've loved him from the first time he was introduced into the series because he's wacky and hilarious and as the books continue we're starting to see a more humane, caring side to him, though you really have to look for it lol. 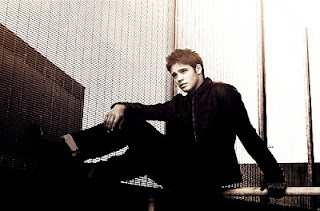 Four from The divergent series by Veronica Roth - I re-read Divergent this year and the read Insurgent which was just as amazing and so Four makes my list again, not just because he's hot, though he is! but because, he's strong and tortured, caring and loyal. Some of my literary crushes are temporary, I forget them a few months after I've read the book, but I'll always remember Four.

Noah Hutchins from Pushing the limits by Katie McGarry - Is another newcomer, Pushing the limits was an amazing book and I actually loved both the lead characters, unravelling their pasts and seeing them work out their presents and ultimately their futures was an emotional roller-coaster.

John Smith from The Lorian Legacies by Pittacus Lore - Though I didn't like book three as much as the first two, Mr Smith still makes my list again this year. Here's what I said about him last year; 'He totally kicks butt, but he also holds back and is the bigger man when he needs to be, and when he falls in love it was just so sweet to read.' 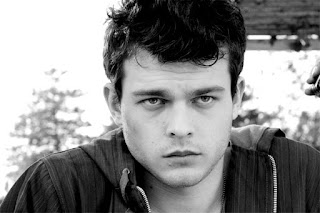 Ethan Lawson Wate from The Caster chronicles by Kami Garcia and Margaret Stohl - Despite all the new guys I discovered this year, Ethan is still my favourite ever. I loved the last book and can't wait for the movie. Here's what I said about him last year and still stick to; 'Ethan is just the perfect southern gentleman, he's polite and thoughtful and would (and does) do anything for the girl he loves, he's also loyal to his best friend Link(ubus) and is just such a good guy, I hope my son grows up to be like him because then I'll know I've raised him right.
"Lena Duchanne, it rhymes with rain."﻿
is one of my all time favourite quotes!'

Lucus from Easy by Tammara Webber - I read this in  the last week of the year so Lucus just made it to the list, he's hot, tattooed and pierced, need I say more!

So that's my favourite guys from this year.
Who were your favourite book boys?

Email ThisBlogThis!Share to TwitterShare to FacebookShare to Pinterest
Tags: 2012 best of, top ten