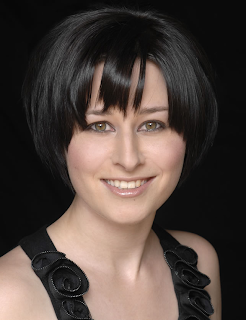 I have a pretty addictive personality. Thankfully, my addiction stretches to exercise and good food. And books. I am the cookie monster of book reading. Give me any kind of fiction with a romantic arc and I will eat it right up. The more I read (and write) in my favorite genre, which is romantic suspense, the more I wonder if instead of writing about cops and detectives, I should actually be one.

Despite living in the United States for five years, I only recently became a citizen. Of course one of the requirements of being an officer is citizenship so this longstanding, hypothetical question has become a real possibility since May of this year. Somebody taught me to shoot a gun about a month ago. Again, something I've always thought about doing, but never had the opportunity. Because a good friend of mine is a Detective, I've had the fortune to hear the down and dirty details (all public record, just FYI) of some of his investigations. I get that it's not all glamour, or the plot of a thriller, but there's something about that career that draws me.

I'm almost thirty. In February, I started working out and I can gratefully say that I am now officially "fit" by any standards. Passing the fitness test for the Academy should be manageable. The written test will be well within my reach--or I should hope so, being a writer. My biggest concern is raising a toddler during the five months of residential training. My daughter is so amazing. I wonder how much of her childhood I would miss in pursuit of a goal. Of course, I doubt I would be able to consume many romance novels at the academy, or even after. An officer's schedule seems challenging, to say the least, if not grueling. And instead of being a bookaholic, I would be transitioning to workaholic. Although I'm certain the material I'd gain for my writing of romantic suspense would be invaluable.

While I mull over this life-changing decision, I'll be content to write
about those men and women who encounter danger every day. And dream.

Author bio: Lucianne writes romantic suspense for Entangled Publishing and
Cobblestone Press. Born and raised in Ireland, she currently lives in New
Mexico with her young daughter.
Formerly a stage and television actress, she now manages a non-profit and
is NM State Champion in her weight class for Olympic style weightlifting.
Long story. Recently she has taken up Crossfit, Jiu Jitsu and boxing. 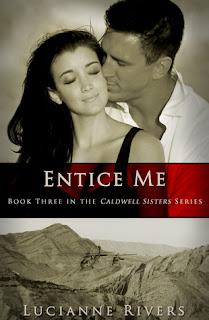 Heartsick over the untimely death of her mother, Allison Caldwell is blindsided again by the secret revealed in her mom’s will. Her supposedly dead father is alive, and she and her two sisters must find him in order to settle the Caldwell estate.

Robert Rivera, private investigator and former Navy SEAL, alerts Allison to new intel identifying her father as a P.O.W. in Afghanistan. With her sisters out of the country pursuing leads, Allison insists on heading to the war-ravaged country to find him. Robert doesn’t want his naïve client to take the risk. He knows what danger lays in that godforsaken land…he’s lived through it. Barely.

But Allison is determined to go, and Robert can’t let her travel alone. Reluctantly appreciative, Allison quickly realizes how much she needs his guidance and protection, and how deeply she longs for his love. Robert struggles to understand her effect on his battle-weary heart.

The path to Allison’s father is blocked by terrorists, traps and treachery—all demons of Robert’s past. Can he survive a second round with the enemy and keep Allison out of harm’s way?


Buy this eBook novella
Barnes and Noble I Amazon I Diesel
Check out Lucianne Rivers
Website
Blog
And check out my review for all three novellas
Posted by Tipsy Misty at 6:00 pm