- What was the inspiration that caused you to write?

My earliest memories are of my grandmother reading to me and my sister. I remember the feeling of accomplishment when I read my first novel, Heidi, by myself. Then there was no stopping me. I read everything I could get my hands on, and was considered a little strange. "Why don't you go out and play?" was the constant question when I was in the middle of The Wizard of Oz, or another fascinating novel.

- How do you begin a novel?

First, for me, comes The Incident. Something startling or unusual happens to a character. Then comes the character. How she/he reacts. And then the plot starts unfolding. I don't make an outline, but compile a list of questions. I have to answer the questions, about the characters and the plot. The questions focus me. Many times I'm surprised. My characters seem to take on a life of their own and do unexpected things. In his book, On Writing, Stephen King said, "If I'm not surprised by what happens in my story, my readers won't be either." I was relieved when I read his remark. I don't work with an outline.

Very much. I had one novel traditionally published. There were dry reports that told sales statistics and nothing about or from readers. Now, when I write a novel there is reader feedback. Lots of it! Reviews. Emails. It's almost hard to get in writing time because being an Indie writer is time consuming. We do the writing, pick out the art work for the covers, oversee editing. There are lots of books available, so we do promotions - on our own blogs, and others, on forums, Facebook and Twitter. But the best part of it is that I've made friends who seem to love my books. That makes writing worthwhile. They go out of their way to help me in any way they can. I had help from one reader who took my novels and formatted them for Smashwords. I've had people who volunteered to be beta readers for my next book. I love my readers back!

- Why do Giveaways?
Many writers place ads on Blogs or Forums. Sometimes it's very expensive. Maybe someone will see the ad and buy the book. But for me, I'd rather give away books to people who are interested in reading them. As I stated before, I enjoy the feedback.
- What is your favorite genre?

I don't have one. As long as the book is well written and interesting, I'll read it. I currently have a romance, a paranormal and a thriller at Amazon, B&N and Smashwords. I have been asked for sequels, and have been thinking about doing one for The Necromancer, but I'm just finishing another thriller.
The Necromancer

Omar Satinov, the Necromancer, has become a secret, whispered legend across several continents. The lure is a mystical religion based upon Witchcraft; his hook, the 'natural' herbal products that addict his followers. But does he really have supernatural powers, as many of his disciples believe?
Michelle perceived a kind of magic when she met Omar, dazzled by the handsome, charismatic, wealthy older man. Older men seem safer, less likely to become ardently aggressive in a bout of excess testosterone. Michelle was brutally attacked while on a business trip in Las Vegas. The police didn't believe her and thought she must have lured a man into her locked hotel room for a little sexual adventure, which went dangerously out of control.
Michelle sustained visible scars from the terrifying and almost lethal attack, but pure fear motivated the move from her home in California to Hawaii. She was afraid her attacker would come back. Now she has a successful career and she figures abstinence is an acceptable, if lonely, way to live. Michelle decides that an affair with Omar might cure her of the humiliating, embarrassing, and uncontrollable anxiety attacks which plague her whenever she finds herself alone with a man.
How is she to know that she picked the exact wrong man? 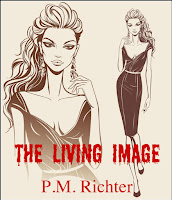 Sabrina Miller, a fashion designer living in Los Angeles, is stunned when she faces her own double. Her initial shock turns to terror when she learns that her duplicate was fabricated by a scientist. The situation becomes more grave when she finds that there are people intent on killing her to protect their new creat

Sabrina flees with the woman as the news about
...moreSabrina Miller, a fashion designer living in Los Angeles, is stunned when she faces her own double. Her initial shock turns to terror when she learns that her duplicate was fabricated by a scientist. The situation becomes more grave when she finds that there are people intent on killing her to protect their new creation.
Sabrina flees with the woman as the news about a potential new secret weapon for the Defense Department is leaked. An international race ensues to acquire the woman, a copy of Sabrina's brain and body, but dramatically changed through medical engineering
Though they may look alike, there are enormous differences that the people hunting them will kill to possess. 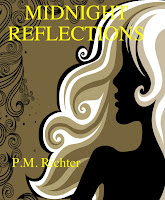 
Julia's midnight reflections actually happened about four in the morning.﻿ She was far from home, lonely, watching a handsome man sleeping in her bed at the Beverly Hills Hotel. Robin, the handsome sleeping man, had put himself in terrible danger so she could solve a mystery. She had managed to rescue him, but now she was feeling guilty as hell.
Julia was playing a dangerous undercover role herself, working to complete her late brother's manuscript for a famous movie producer, while trying to find out why her brother was murdered. The other mystery was who this man, Robin, really was. She feared he might be much more than the simple mechanic he proclaimed himself to be. Can she really trust him?
Robin, while helping her in the investigation, actually is playing a role of his own, hiding his true identity, trying to win her heart.
Together, Julia and Robin manage to uncover information so explosive they are forced to flee a furiously angry and influential politician, who rules an army of people willing to do anything to get in his good graces. Even murder.
_____________________________________________

Pam is very generously giving away 15 copies of each of her three ebooks to 15 lucky people!
Winners can choose which format they prefer.
Open internationally.