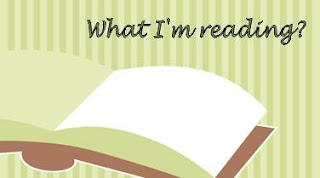 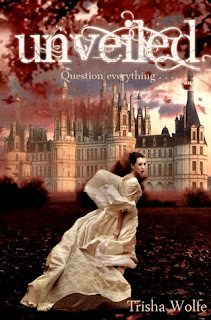 Unveiled by Trisha Wolfe
Blurb
Amongst the wasteland lies the gleaming city of Karm. A Camelot-esque utopia built from the ashes of a dying world.
Seventeen-year-old Fallon is no daughter of Karm.
She's its assassin.
Raised by a secret society of rebels, she's bent on bringing down the king's sham of an existence. But her first mark, one of the king's top knights of the Force, makes her question everything. Even her heart.

My thoughts
It's been a while since I've done one of these posts because I keep forgetting until I'm halfway through a book and by then there's no point lol
Anyway, I'd not heard of this one until Donna from Book passion for life (She's becoming famous on here lol) asked if I was interested in reviewing it and passed on my details when I said yes.
It sounds so incredibly interesting and I love the sound of the setting, and Fallon sounds totally kick-ass!
Oh and would you look at that cover, stunning! It's only a novelette so I think I'll get through it pretty quick :)


What are you reading?