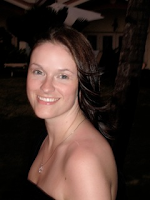 From Reader to Writer

Writing became such a process of discovery that I couldn't wait to get to work in the morning: I wanted to know what I was going to say. ~Sharon O'Brien

When you tell people you know that you’ve written a book, it’s interesting how many of them say “I always thought I’d write a book one day.”
If I were being honest, I think when I first started writing it was just to see if I could do it. I had graduated uni with an English degree – that’s a lot of reading – and was doing temp work to pay the bills, leaving a lot of free space in my brain. That’s when I thought: “I’ll write a book.” That was the easy part.
My original book idea – a first stab at writing – is still sitting neatly in the bottom of my half-finished drafts pile decidedly ignored. (I actually cringe to read it now). The character and plot I still like and may go back to – I just need to be a lot better than I was! The hardest thing isn’t the idea – there are fantastic concepts for novels I believe most people would come up with – it is the actual creation of a person…a world…a story that is so much harder than I ever thought it would be.

Practice. It might not make you perfect, but it definitely helps you get better. Although Hope’s Daughter is my first published novel, I’ve completed four others prior to that, a couple of which I would consider releasing after a lot of revision. Hope’s Daughter is the first piece that I felt comfortable putting out for review, ridicule and whatever else may come – lol. But writing the other full novels really helped me.


Questions. When you’re writing – especially editing – you answer a lot of questions: would the character do that? How would they react to this? Should we see more of this person, less of another? If you have some twists or mystery the most difficult thing is ‘drip feeding’ the clues in exactly the right way to let a reader understand where things might go, without giving the game away. I definitely didn’t have that skill down when I first tried writing – I was trying to get every piece of the story down in chapter one, just because I knew where things would end up going. Hopefully I’m better at that now.


Support. Taking a creative writing course definitely helped me. You develop techniques for making you look more creatively at the world than I think I did originally. Feedback is undoubtedly the best way to improve, but you need to be able to take it for what it is. No one should have something they’ve lovingly crafted ripped apart, but if you can find helpful, constructive reviewers, friends and beta readers (the last is absolutely vital I have discovered) then they will help you write what you want to.


Reading. I imagine most writers are bookaholics at heart. Reading widely and what you like cannot be beaten. Although Hope’s Daughter is my story, it has probably been influenced by every book I’ve ever read and draws in elements from those that I love and stayed with me after I closed the cover (or switched off the kindle!) and steers clear of those I don’t!


Just do it. If you love to read and want to write, then do it! There may be natural writing geniuses out there, although I doubt it. Writing is a skill – some parts you can make better with practice, other parts will be absolutely individual to you because of what you love, what you read and how you look at the world. If it’s something you want to do, then you should. I love my characters – I like seeing how they grow and change from who I thought they were when I first met them. I love the giddy little rush I feel when I solve a problem in the narrative to get me from one scene to another – or more so when I think of a sneaky twist to hopefully make everything more interesting. For me writing and reading go hand-in-hand now, sometimes I have to drag myself away from one to do the other, but I love both. 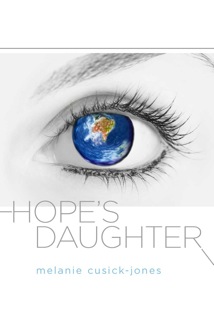 Life should be simple for Cassie.
For the small population of Earth survivors who live on the Space Station Hope everything they do is planned and scheduled, down to the cyclical food menus, their roles in the station, even how many children they have.
Despite rigid controls directing her life, Cassie feels more out of synch than ever and worries she won’t find a place for herself within the station community. Perhaps that’s because she’s hearing things inside her head that can’t possibly be real. Or maybe it’s the regular elopements of her peers, heading off to a romantic future in the Married Quarter of the space station, whilst she’s never even been attracted to a boy – no matter how hard her best friend Ami pushes them at her. Then there are the odd questions her work placement partner Balik keeps raising. His questions are just as troubling for her as his distracting smiles and eyes that seem to see inside her.
As Cassie draws closer to Balik she finds that everything else in her life begins to shift. He tells her things that call into question the system they live within. She can't believe he is right, but at the same time she finds it hard to deny the sincerity of his ideas. Could there be a connection between Cassie’s problems and Balik’s questions? The truth will drag them both to a terrifying and deadly conclusion beyond anything they could have imagined.

Win one of three ebooks in your preferred format.
International and ends 23rd Jan
Please enter with an email address you check regurlarly as this is where you'll be contacted should you win.