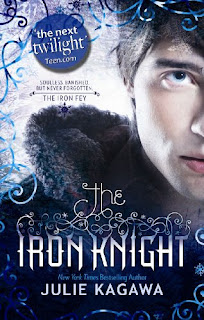 The iron knight by Julie Kagawa.
The iron fey book four.
Available now.
http://www.miraink.co.uk/
﻿What's it about?
Ash, former prince of the Winter Court, gave up everything. His title, his home, even his vow of loyalty. All for a girl… and all for nothing.
Unless he can earn a soul.
To cold, emotionless faery prince Ash, love was a weakness for mortals and fools. His own love had died a horrible death, killing any gentler feelings the Winter prince might have had. Or so he thought.
Then Meghan Chase—a half human, half fey slip of a girl— smashed through his barricades, binding him to her irrevocably with his oath to be her knight. And when all of Faery nearly fell to the Iron fey, she severed their bond to save his life. Meghan is now the Iron Queen, ruler of a realm where no Winter or Summer fey can survive.
With the (unwelcome) company of his archrival, Summer Court prankster Puck, and the infuriating cait sith Grimalkin, Ash begins a journey he is bound to see through to its end— a quest to find a way to honor his solemn vow to stand by Meghan’s side.
To survive in the Iron realm, Ash must have a soul and a mortal body. But the tests he must face to earn these things are impossible. At least, no one has ever passed to tell the tale.
And then Ash learns something that changes everything. A truth that turns reality upside down, challenges his darkest beliefs and shows him that, sometimes, it takes more than courage to make the ultimate sacrifice.

Whilst I did enjoy this book, especially since it followed yummy Prince Ash! I have to admit I did feel in the end that it kind of dragged on and found myself becoming bored as I just wanted to get to the (hopefully) happy ending. I know Ash's final journey shouldn't have been an easy one, but I personally thought there were bits the book could have done without and it still would have been a tough journey, but that being said it did make a nice ending to the whole series altogether and left everything wrapped up nicely, though I wouldn't say no to more adventures of Puck! Puck has always been a fun character but I found him extra funny in this installment and he balanced the tortured, brooding mood of Ash so that they book didn't become depressing. I also still love Grim and was glad he was in this and the addition of a couple of new characters also kept it interesting. As usual the writing is beautiful and Julie Kagawa has a brilliant imagination, creating a vivid world I'd just love to visit. I didn't find this book as exciting as the other books but it will still have a place in my permanent collection.

My thoughts on the cover
All of the covers for series are gorgeous and this ones no different especially with handsome Prince Ash on it! I really love the vine patterns around the border and the extra touch of the snowflakes and frost and the blue colour chosen is gorgeous.

'I'd learned long ago how to mask my pain and remain silent, even in sleep. You don't show weakness in the Unseelie Court.'
'Deep within me something stirred. the darkness that I'd kept locked away, the part of me that was all Unseelie: hate, violence and black rage, rushed to the surface with a roar, seeking to overwhelm me. But it was met by something bright and pure and intense, a miasma of light that seared away the darkness, filling every corner and expanding outward, until there was no place left for the blackness to hide. I shivered, reeling from the flood of light and colour and emotion, not knowing how empty I had been until that moment.' 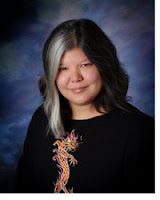